This customized museum visit focused on the visual analysis of photographs as a preparatory exercise for analyzing film. The classroom activities were also designed to strengthen students’ skills in collaborative group work, oral presentations, and supporting an argument in a written paper. Supporting materials for this museum collaboration include a “Visual Reading Exercise” that guided students through their examination of an artwork’s formal elements—dimension, lighting, geometry, and mise-en-scène—and a “Close Reading Film Analysis Paper.” 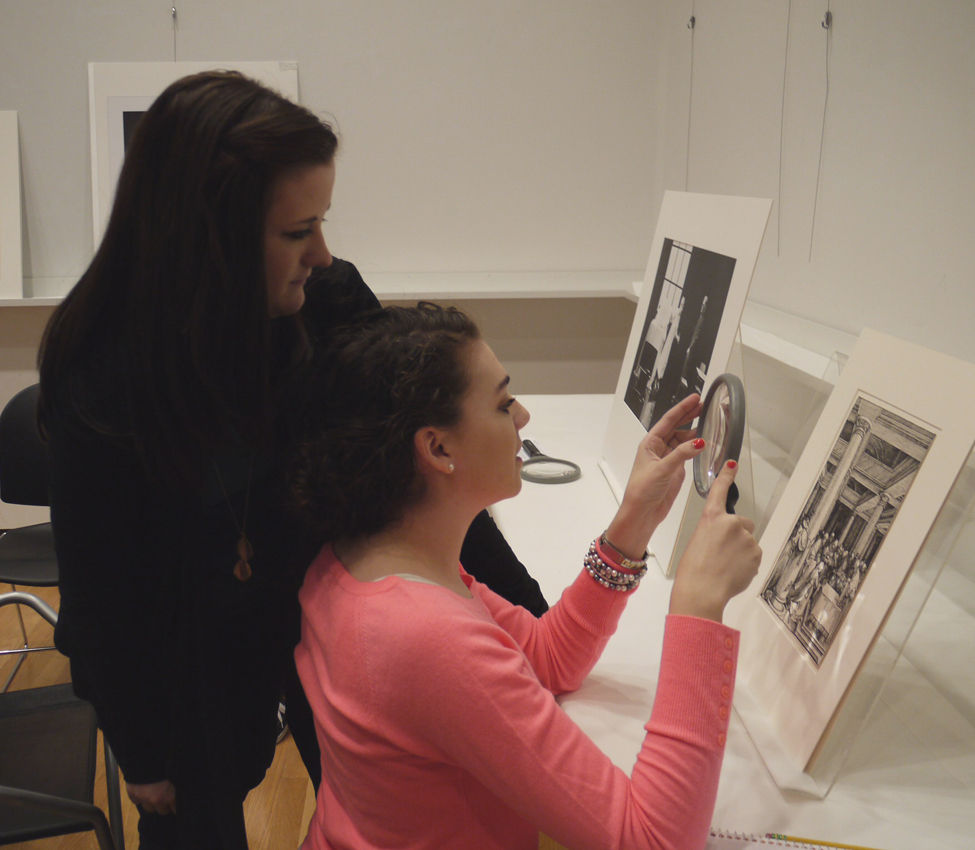 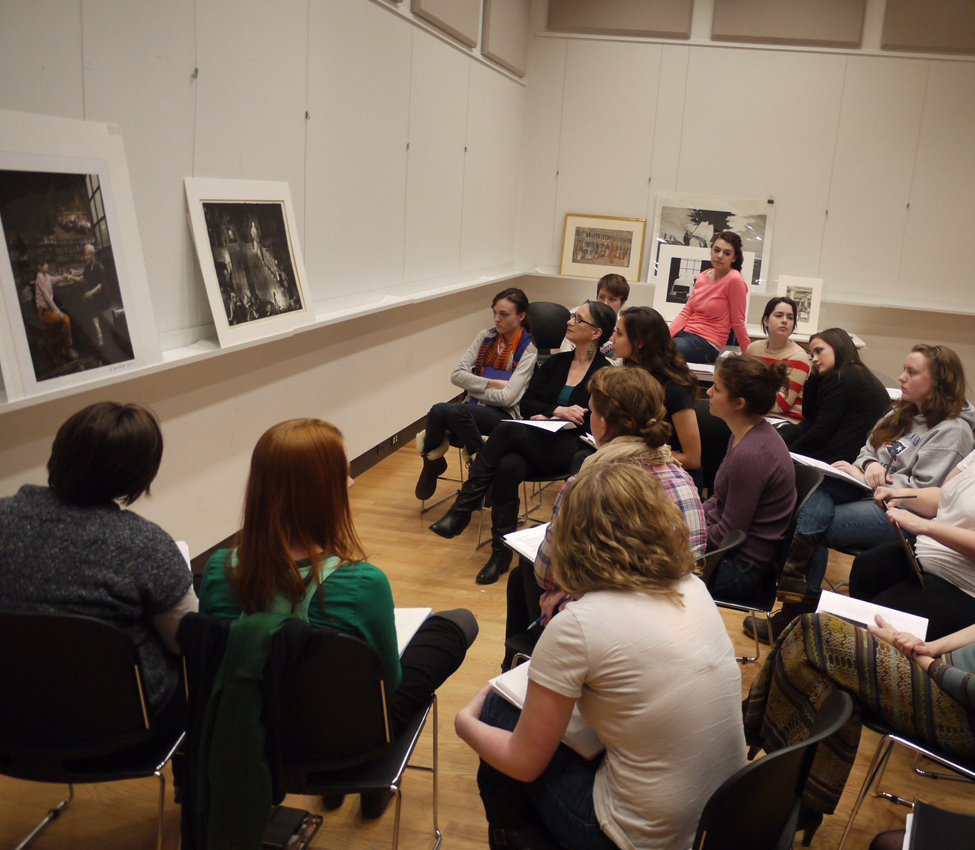 In this course, students read plays by Shakespeare, watched films based on those plays, and studied the plays, the films, and the plays-as-films. “Shakespeare” comes first, of course, both historically and as the source/inspiration for the films. Yet each film has its own existence, to be understood not just as an “adaptation,” but also as the project of linked artistic, technical, and economic choices. Considering Shakespeare’s plays as pre-texts (rather than pre-scriptions), this course looked at early and recent films, both those that follow closely conventionalized conceptualizations of “Shakespeare,” and those that tend to erase or emend their Shakespearean sources.

Assistant Professor of English Amy Rodgers approached the Museum with the idea of crafting a “workshop” for her “Shakespeare and Film” class, to give her students experience reading visual media. She hoped to provide them with a greater understanding of “how visual media can create and communicate meaning.” As she explained further, “Rather than any sort of crash course on film analysis, however, I would be interested in getting their receptors attuned to visual detail and perhaps give them some basic vocabulary about perspective, depth, space, and lighting choices.”

Professor Rodgers worked with Museum staff to select eight works of art from an impressive array of artists—including Albrecht Dürer, Maurice Prendergast, Cindy Sherman, and Kara Walker—which she arranged into evocative pairings. She divided her students into four small groups and assigned each one to a group of objects. To guide their looking, Rodgers prepared a “visual analysis” handout and asked each team to work collaboratively by comparing and contrasting their images according to one of four formal artistic elements: dimension, lighting, geometry, and mise-en-scène (the arrangement of all the properties in a scene). Following this in-depth study, the students shared their observations with the larger class. The session at the Museum became a warm-up exercise for the students’ next paper assignment, which asked them to craft an analysis of a film via its structural and visual components. Reflecting on the visit, Rodgers commented that her class experience “reminded me of everything collaborative learning can be: fun, invigorating, highly creative, and deeply satisfying.” 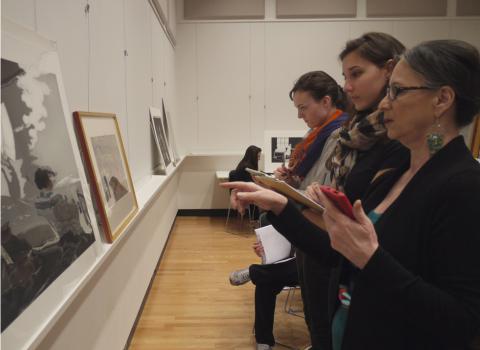