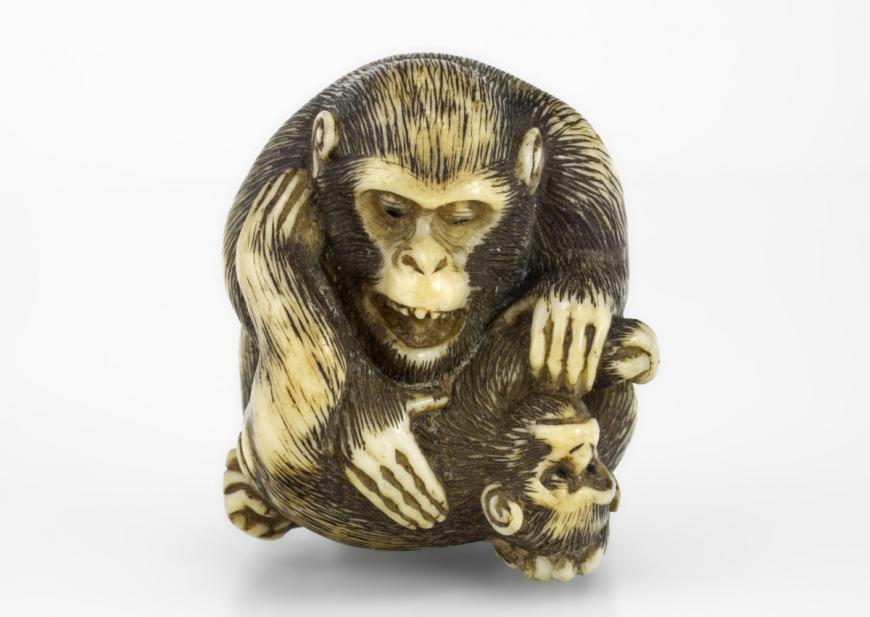 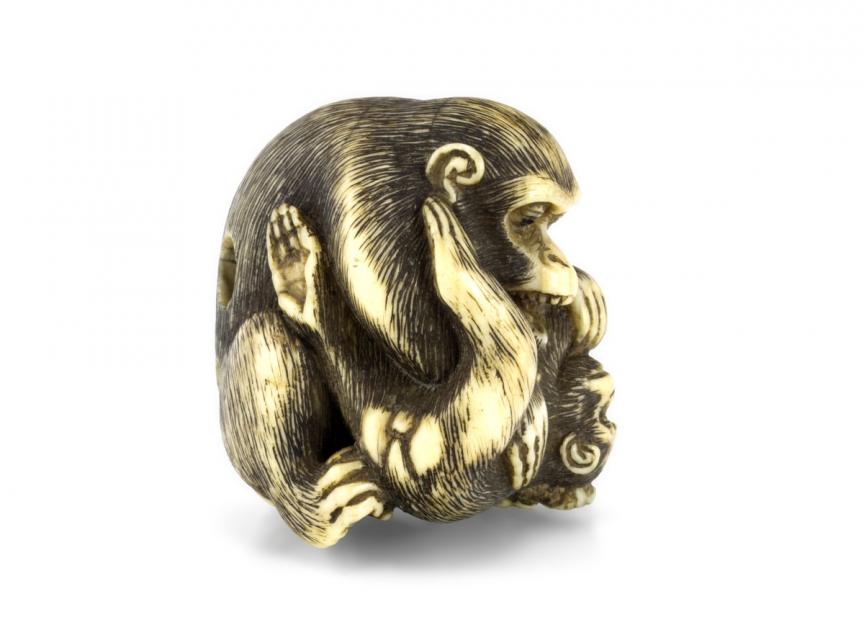 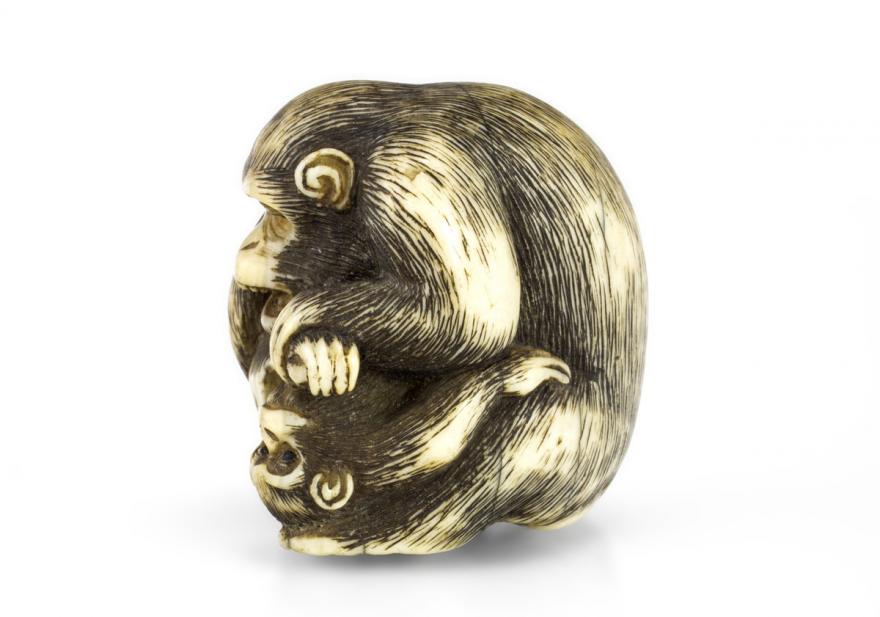 Monkeys are prevalent in netsuke due to their abundance in Japan. They frequently appear in ancient tales about the country’s origins and were ultimately incorporated into the Shinto religion. The round, compact form of this netsuke, in addition to the position of the two bodies, gives the impression that they flow into each other.