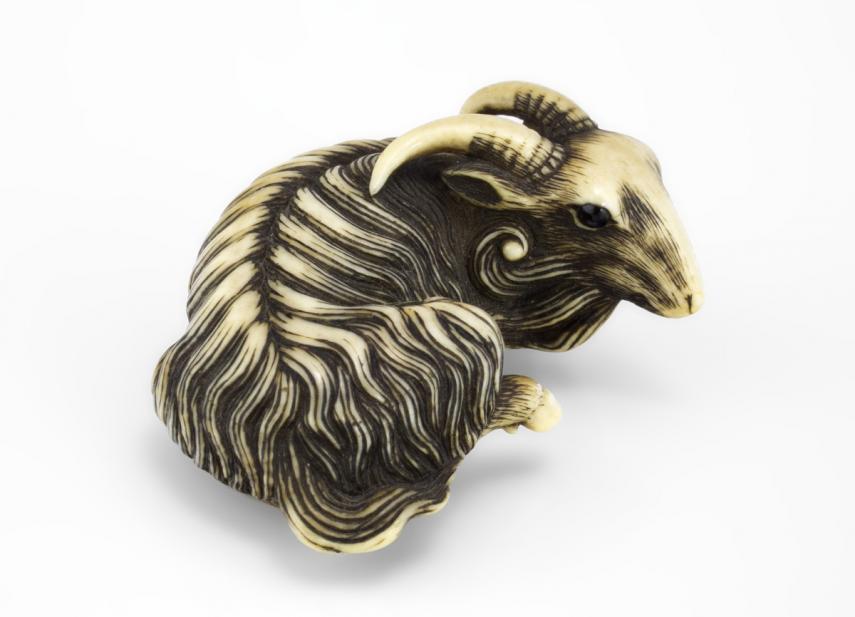 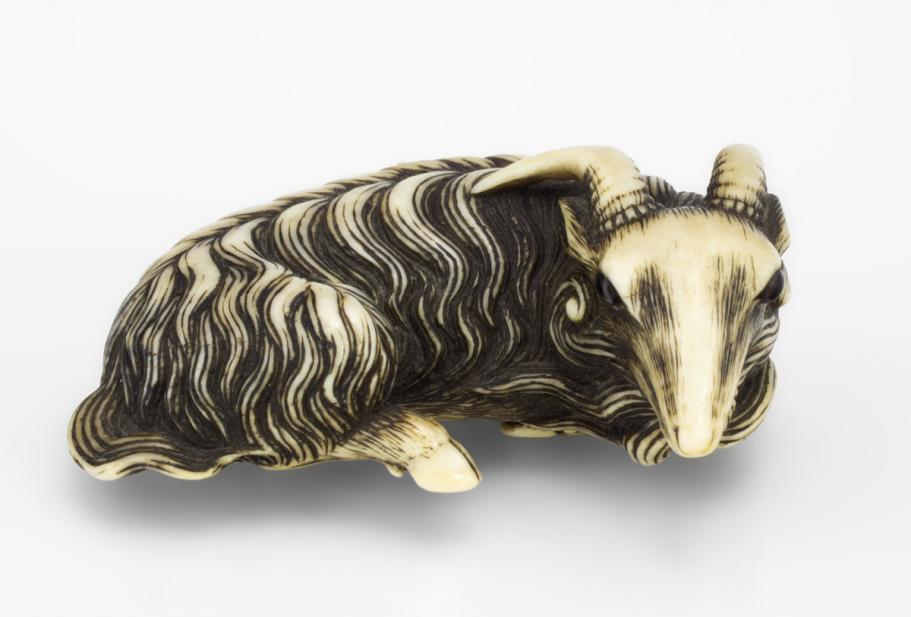 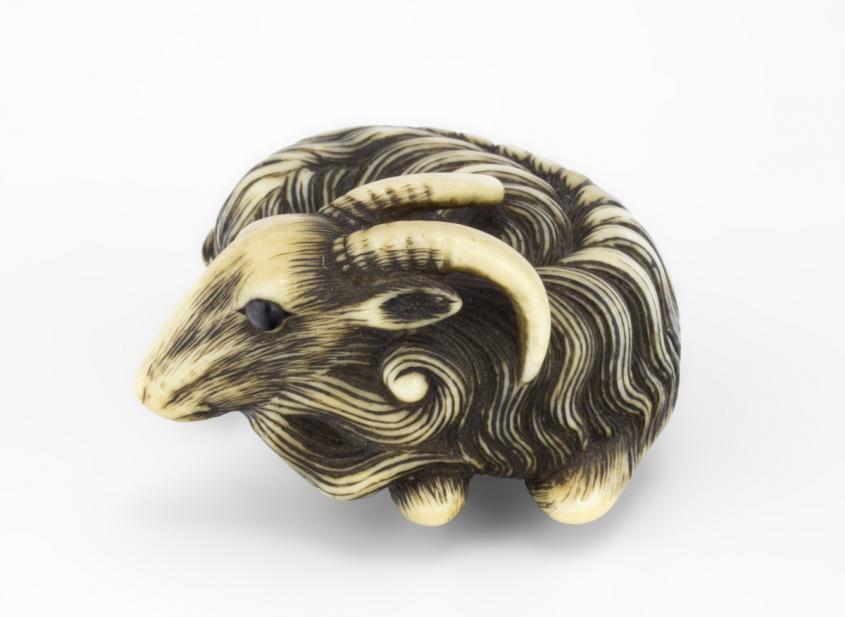 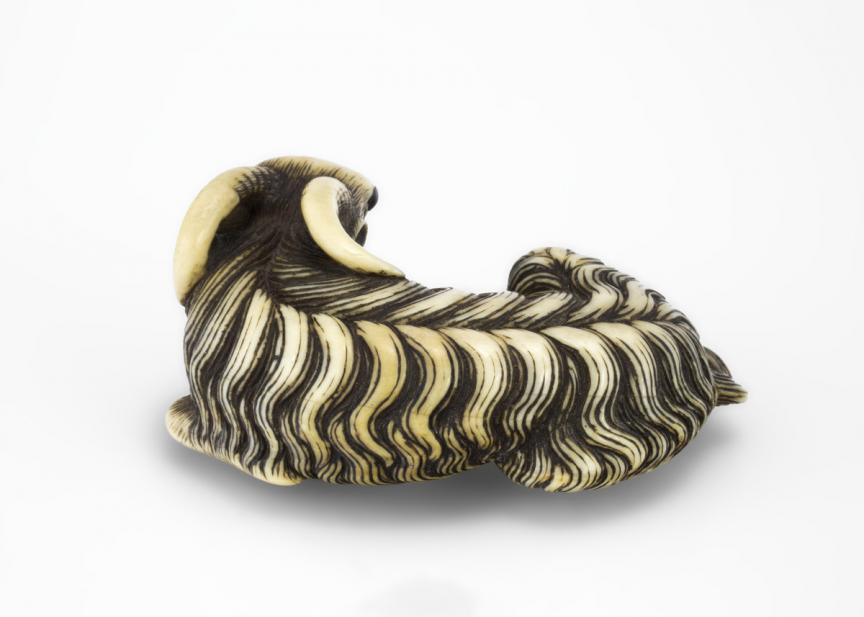 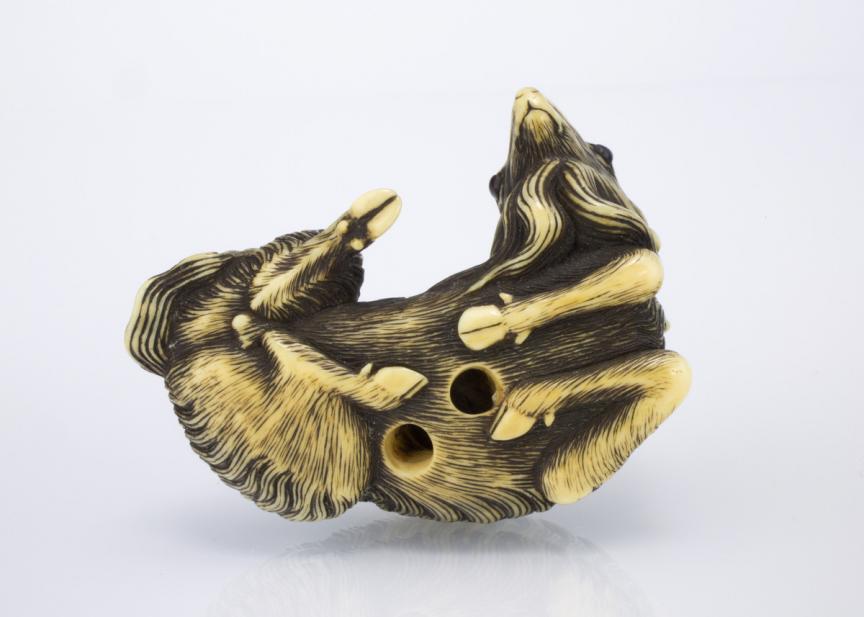 The goat, one of the twelve animals of the zodiac, is often shown in a reclining position since this allowed the artisan to create a more compact form. The luminous eyes are inlaid with sea pine.