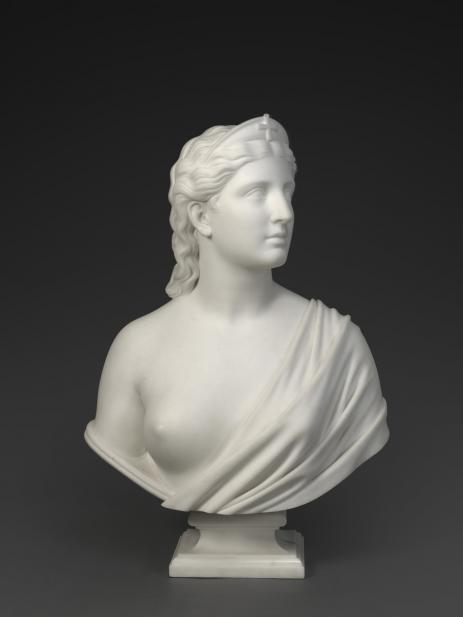 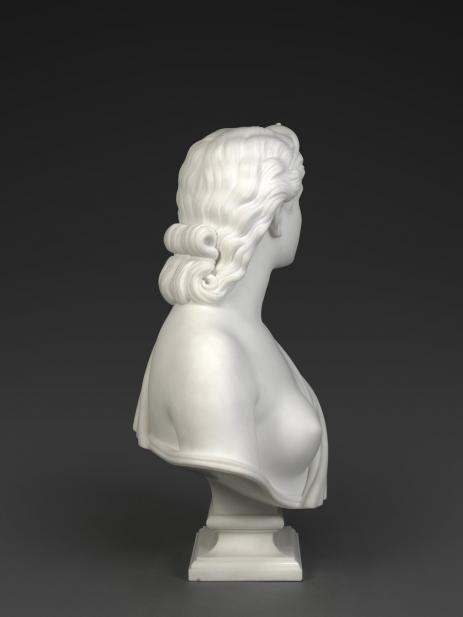 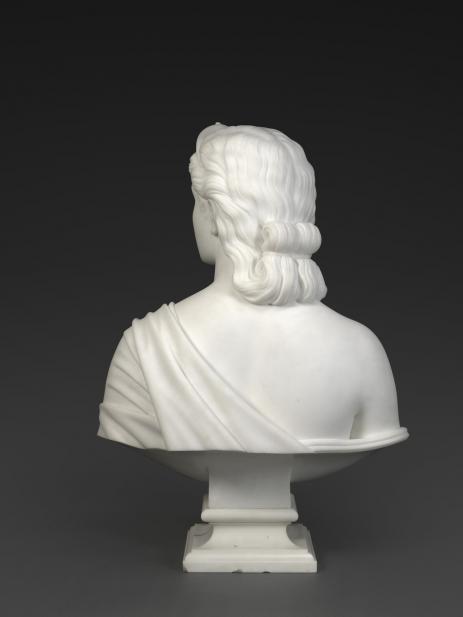 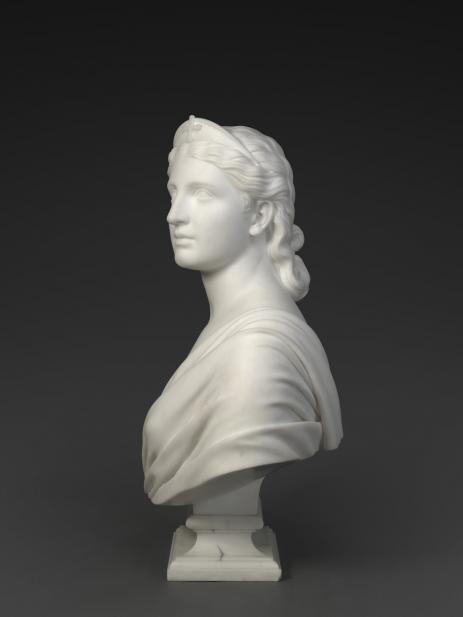 Faith is one of the last sculptures by the American expatriate Hiram Powers. Executed in Florence, it is representative of Powers' ideal sculpture, which took as its source Biblical, mythological, historical, and allegorical subjects; the most acclaimed of these is the full-length Greek Slave. Mount Holyoke’s sculpture is the eighth of fourteen versions of Faith that Powers carved between 1867 and his death in 1873. Simultaneously, in 1868 and 1869, he had also embarked on multiple renditions of the complementary virtues, Charity and Hope.

Unlike the literalness of his portrait busts, Powers’ “ideal” sculptures were essays in abstraction. Their sensuality posed a potential dilemma for the Victorian Americans who purchased and exhibited them. But for Powers, the ideal nude statue was an “unveiled soul”; it was a manifestation of the purest aspects of the human spirit. The apparent contradiction of wanting to reveal inner soul with soft, sensual surfaces is explained by Powers’ study of the writings of the Swedish mystic, Emanuel Swedenborg. In emphasizing the illusion of palpable flesh, the “material covering,” Powers was putting into practice Swedenborg’s belief that body and soul are inseparable and that external form is the expression of inner spirit. Thus, the glowing, ethereal perfection of marble surfaces is the physical embodiment of Faith’s lofty, uncorruptible idealism. In order to evoke the spiritual through the sensual and to avoid any charges of vulgarity, Powers, aided by a team of master carvers, obsessively refined each sculpture in a state of unassailable perfection. He also pioneered the use of Seravezza marble, a stone so flawlessly white that it elevated the sculpture above human frailties. Immaculate and chaste, Faith is, as Nathaniel Hawthorne described all of Powers’ ideal sculpture, “a little out of the category of human nature.”