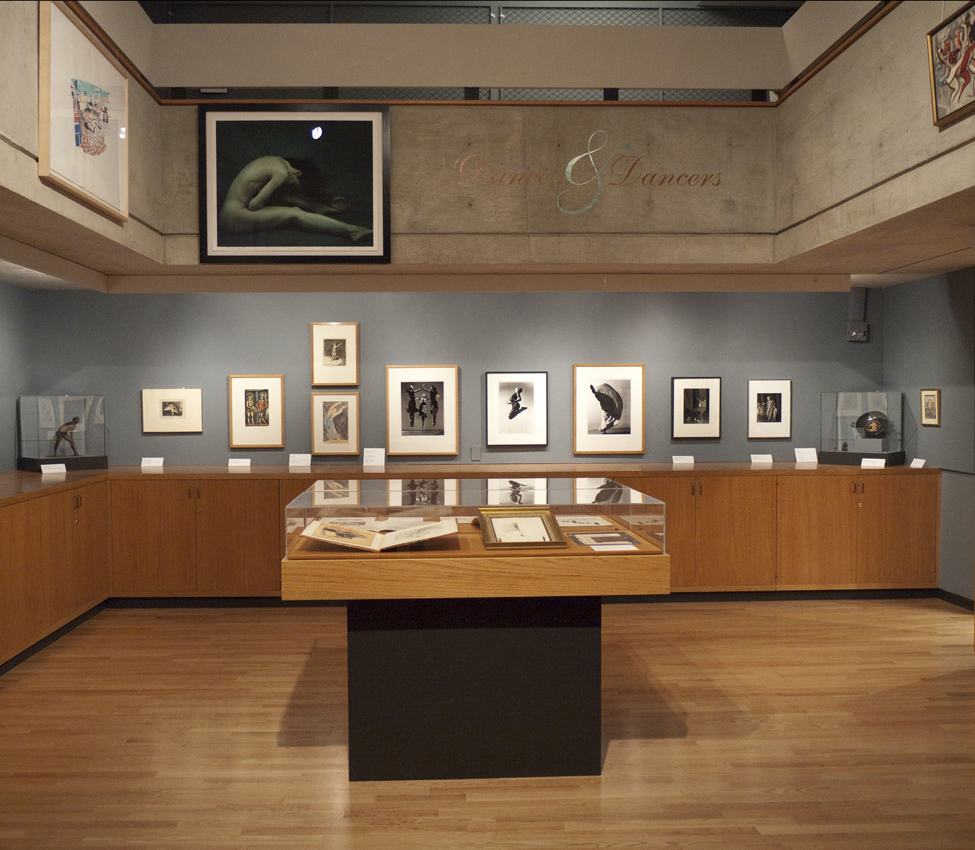 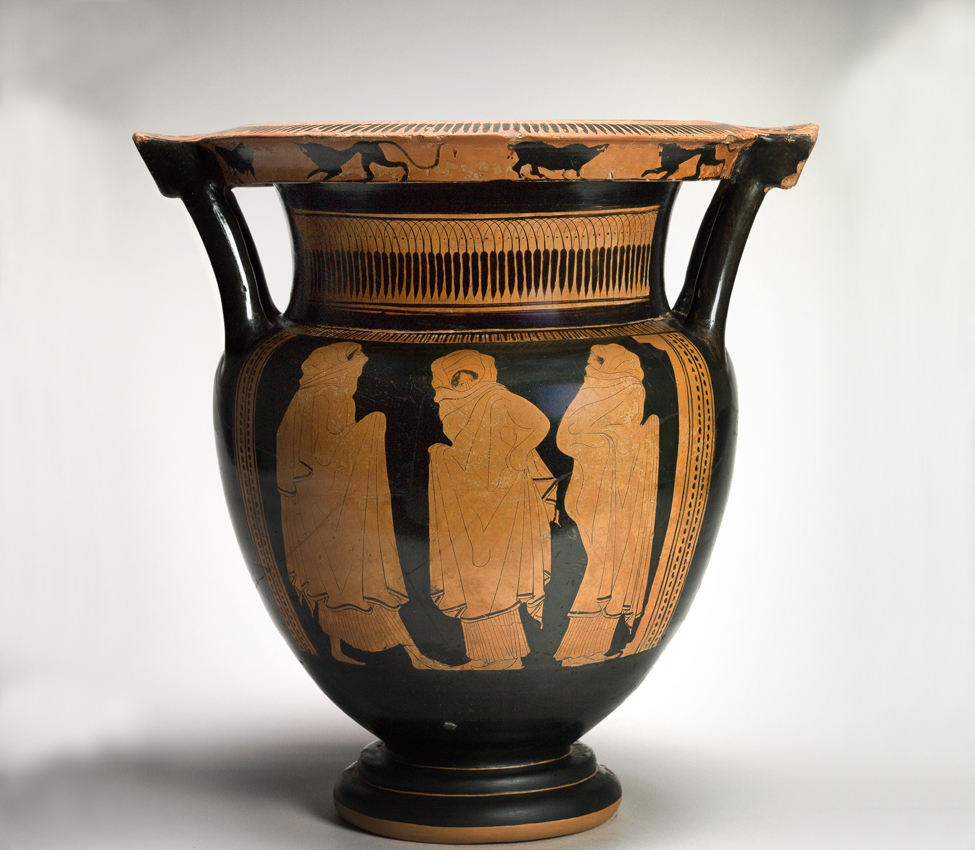 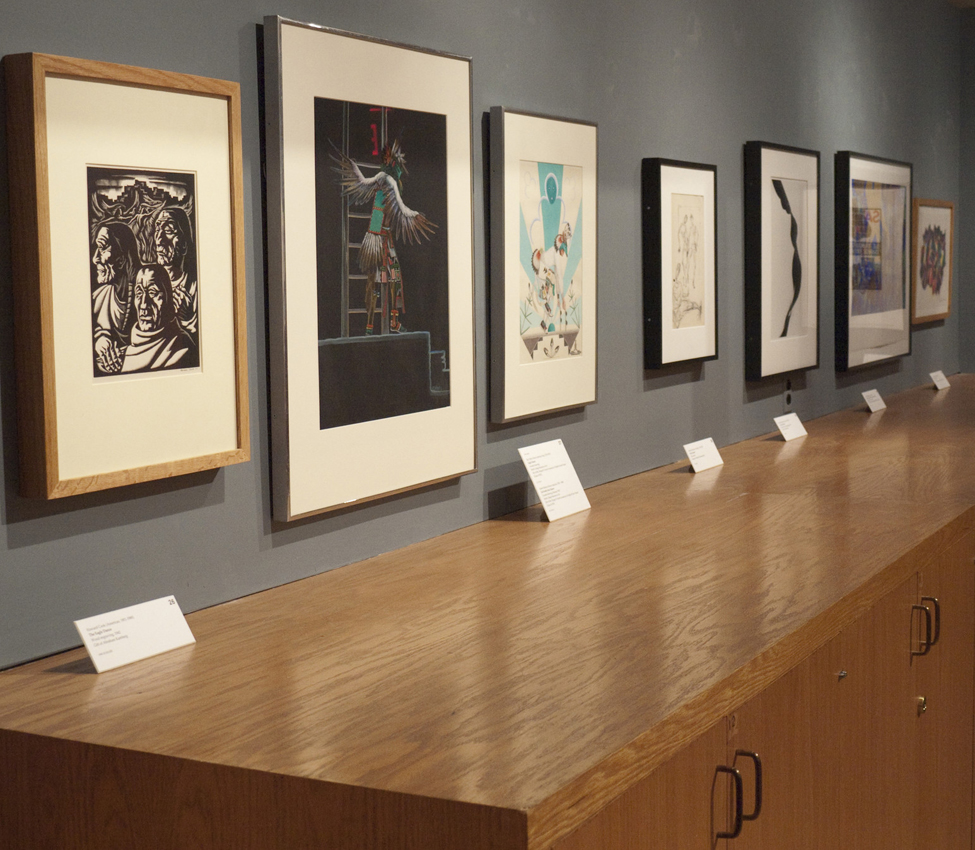 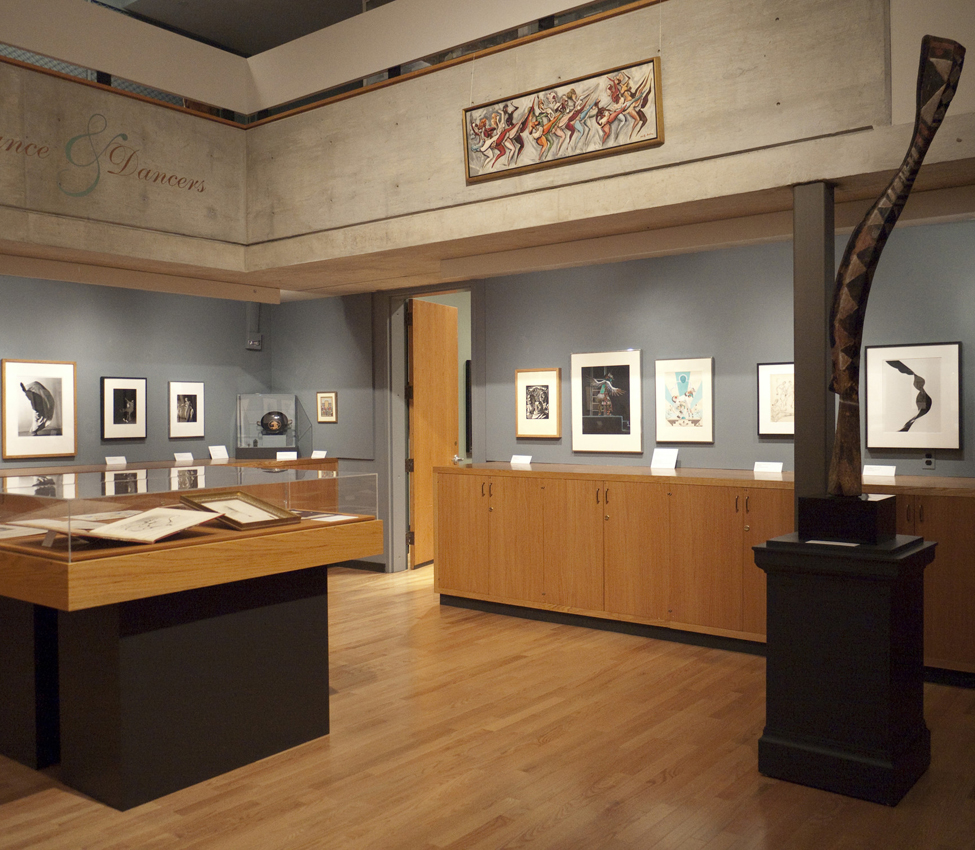 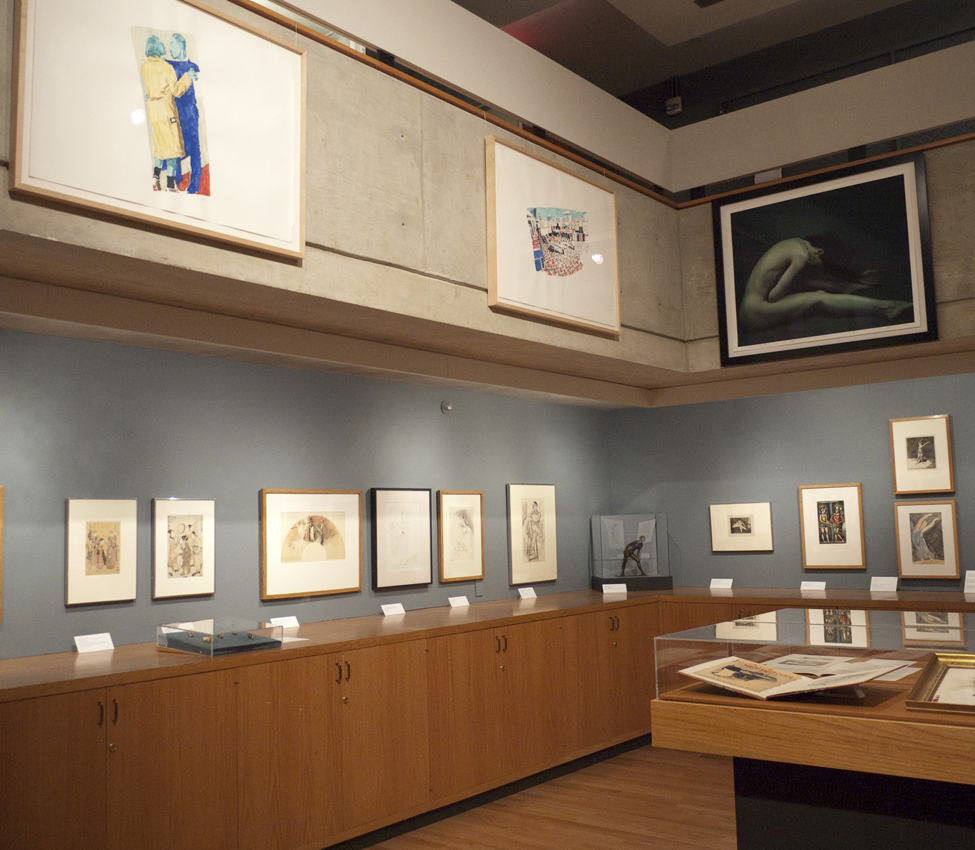 Dance & Dancers features both well-known and seldom-seen treasures from the Museum’s collection, a few judicious loans, and some outstanding new acquisitions appearing in the galleries for the first time.  The Museum’s holdings now number over 15,000, but only a small selection are on view at any given time for reasons of space and conservation.  Thematically based shows like this one provide a welcome occasion to explore the collection in new and different ways.

Curator Wendy Watson—a longtime dance aficionado—has been compiling an inventory of dance-related art in the Museum for some time.  The list comprises such varied items as a Greek vase with veiled women performing to the music of female flutists; photographs of Martha Graham, Twyla Tharp, and Merce Cunningham at work; a netsuke representing a monkey masquerading as a Japanese Sambaso dancer; an African mask; and a number of prints depicting that popular late-medieval allegory of mortality, the danse macabre, or dance of death.  The works of art chosen from the collection were supplemented by generous loans from the Smith College Museum of Art, among them prints by Henri Matisse and Kiyonaga, two Native American drawings, and a photograph by Margaret Bourke-White.

Artists have turned their attention to this engaging subject across cultures and continents from antiquity to the present day, and the pervasiveness of this theme is evident in the current show.  Dance forms relating to religious or spiritual beliefs are seen alongside visual records of artistic performances and performers; other works of art depict celebrations, revelry, or simple carousing; and allegorical graphic images signify both life-giving forces and reminders of mortality.  Even abstract works by Wassily Kandinsky, Berenice Abbott, and Joseph Cornell have at their core notions that can be associated with the physical movements of dance.

While Dance & Dancers is certainly a manifestation of the visual riches held by the Museum, it also symbolizes the deep collaborative roots that exist among the arts on the Mount Holyoke campus.  The Mount Holyoke College Arts Group, founded by Museum Director Marianne Doezema and now led by Professor of Film Studies Robin Blaetz, meets monthly to plan and facilitate cooperative ventures linked to both the curriculum and the life of the College. One of those is the annual Leading Women in the Arts award (co-organized with the Weissman Center for Leadership and the Liberal Arts), which involves public presentations, residencies, and small master classes led by distinguished women artists in various media. Dancer Trisha Brown, installation and performance artists Ann Hamilton and Rachel Rosenthal, and Academy-award nominated production designer Jeannine Oppewall have visited the campus most recently as recipients of this honor.

This year, the College celebrates the opening of two splendid new dance studios in Kendall Hall (check MHC New & Events for the opening events in November).  It also marks the 30th anniversary of the Five College Dance Department, a pioneering consortium of programs at Amherst, Hampshire, Mount Holyoke, and Smith Colleges, and the University of Massachusetts.  This diverse group of faculty includes performers, historians, and choreographers, many of whom are engaged in dance activities far beyond the Five-College sphere.  One of them—visiting Mount Holyoke faculty member Jennifer Weber, the dynamic founding director of Decadancetheatre, a Brooklyn-based all-female hip-hop crew—will present an illustrated talk at the opening of Dance & Dancers. Photographs by Daniel Pincus of Decadancetheatre performances will also be included in the show.