Wine and Spirit: Rituals, Remedies, and Revelry Opens at MHCAM 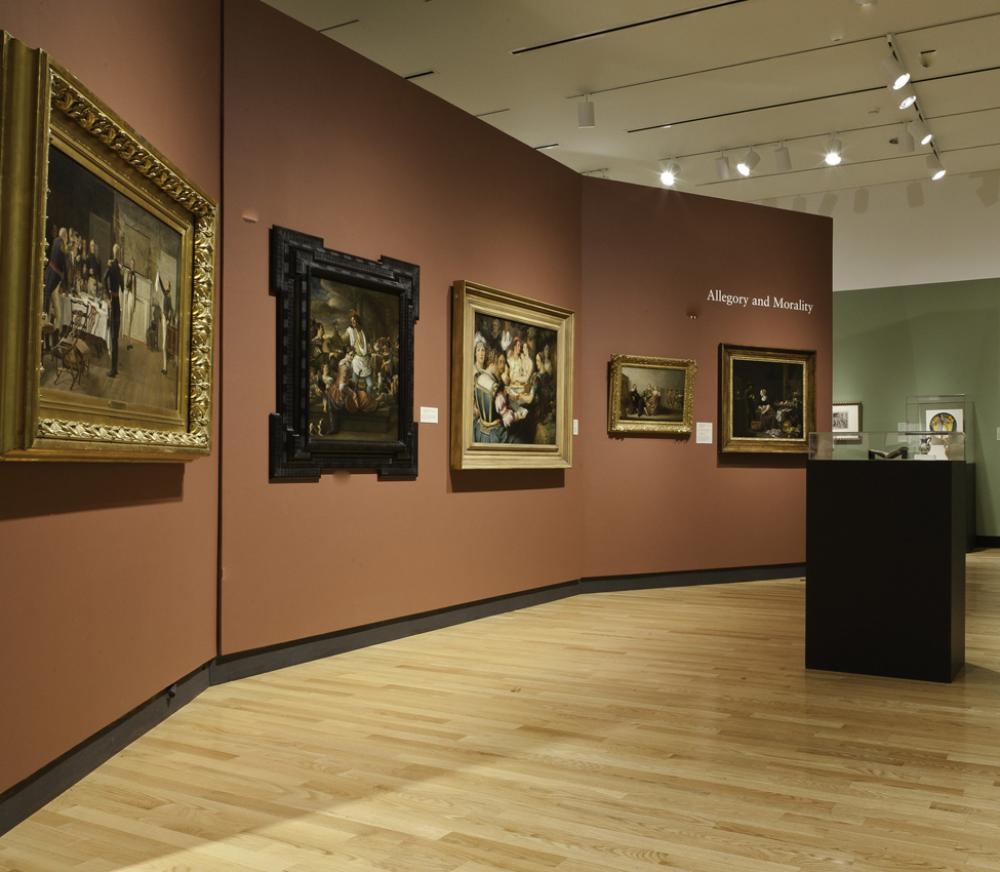 Wine has been instrumental in nurturing the human spirit since ancient times. No beverage or potion has a longer history than wine, whose transformative effects on both body and spirit were recognized from its beginnings in the Neolithic age. But until now, no serious art exhibition has coupled the histories of wine and art in a cross-disciplinary fashion. Wine and Spirit: Rituals, Remedies, and Revelry now on view at the Mount Holyoke College Art Museum focuses on the imagery of the sacred, social, and restorative practices that have given rise to wine’s singular mystique in civilizations across nearly every age.

More than 100 works of art and literature —the earliest a rare Neolithic wine jar from Hajji Firuz Tepe in modern day Iran dating from 5400-5000 BCE — are on display. 17th-century Dutch paintings by Pieter Claez. and Jan Steen are featured alongside prints, drawings, and photographs by Honoré Daumier, Pablo Picasso, Jacob Jordaens, Roger Fenton, and others. Greek vases, Roman glassware, Renaissance drinking vessels, and medieval manuscripts are among the objects also included. Wine's medicinal aspects are revealed in a display of Italian Renaissance apothecary jars, early printed treatises, herbal books, and pharmacopiae that attest to its purported benefits from antiquity to the present day.

Dionysus—or Bacchus as he was known to Romans—has provided iconographic inspiration for artists since antiquity. A number of objects in the exhibition are from the Greco-Roman period, among them an elegant red-figure kylix from the sixth century BCE that captures the frenzied dance of a Dionysiac maenad, a fresco painting from Pompeii, and an early first-century gilt silver drinking cup with bacchic scenes in high relief.

Glass and silver chalices from the 6th–7th centuries and a late medieval depiction of the Last Supper demonstrate wine’s metaphorical persistence in early Christianity, where it was central to the sacrament of the Eucharist linking wine to the blood of Christ. With the Reformation—particularly in 17th-century northern Europe—attitudes towards wine became more censorious. The theme of temptation, a primary concern of church reformers, appears in a number of images in the exhibition. David Ryckaert’s Temptation of St. Anthony makes a single glass of wine the iconographical focus of the many torments that bedevil the hermetic saint; while Jan Steen’s In Luxury Beware depicts a glass of wine as the central emblem of a Christian tale of morality. 17th− and 18th−century painters were also drawn to everyday subjects, and the exhibition includes images such as David Teniers’s tavern scene that portrays ordinary people enjoying wine in a neighborhood establishment.

In the modern period, classical wine iconography appears less frequently but Picasso refocuses attention on the scenes of revelry and debauchery of the ancient era. Together, the images and texts gathered in Wine and Spirit remind us of the timelessness of wine in the Western
imagination.

The curator of the exhibition is John Varriano, professor emeritus of art history at Mount Holyoke College. Accompanying the show is his 2010 book, Wine: A Cultural History (Reaktion Books, London; distributed in the United States by the University of Chicago Press). An illustrated brochure with checklist is also available.

The exhibition will travel to the Memorial Art Gallery at the University of Rochester, where it will be on view from 29 January through 10 April 2011.
Images will be provided on request.

Admission to this exhibition is free; donations are welcome. The Museum is open Tuesday- Friday, 11 a.m.-5 p.m. and Saturday/Sunday, 1-5 p.m. The Museum is fully accessible with parking available nearby.