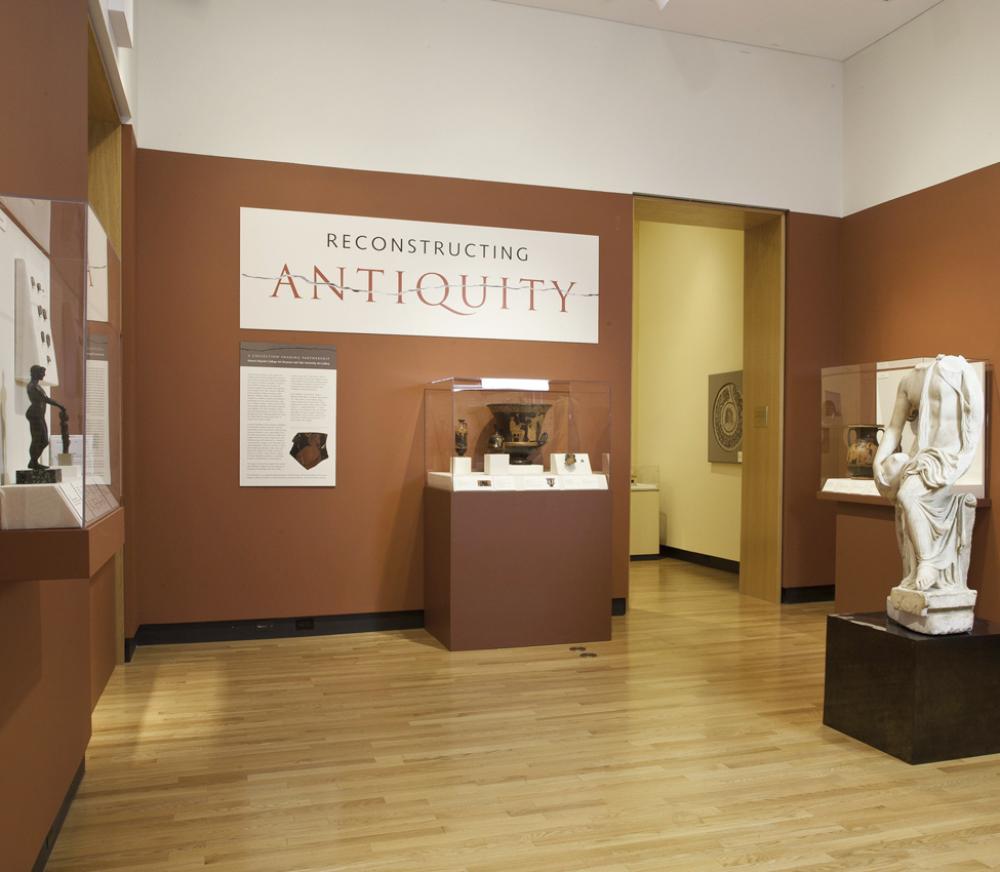 On December 14, the Mount Holyoke College Art Museum (MHCAM) received some excellent news in time for the holidays. As part of a Collection Sharing Initiative originated by the Yale University Art Gallery, the Andrew W. Mellon Foundation will fund the loan of a group of 41 ancient Greek and Roman objects from the Yale University Art Gallery to the Mount Holyoke College Art Museum for a three-year period. In her message confirming the news, Angelica Rudenstine, Program Officer for Museums and Art Conservation at the Mellon Foundation, noted that the Mellon Board was particularly excited by this innovative, collaborative program.

Ancient art is one of the strengths of the MHCAM and has been the focus of exhibitions, numerous classes, and entire courses in recent years. The resulting installations will be organized around the theme of reconstructing the past: excavation, conservation, recreation, and exhibition.

Combining the objects on loan from Yale with those held by Mount Holyoke will extend and expand the possibilities for academic linkage and build on a firm existing foundation. Under the terms of the grant, the Mount Holyoke College Art Museum will receive $100,000 to create teaching exhibitions and accompanying programming for the three-year loan period as well as funding to support the research, transportation, installation, publication, and promotion of the exhibitions. The objects will be on view from September 2010 through May 2013. A few of them—a selection of Greek vases—will arrive early so they can be used in the Classics course Gods and Mortals: Ancient Greek and Roman Myth. A group of ancient coins from Yale has already been available for class use since fall 2009. This award follows a $5,000 grant made to the Museum in spring 2009 for preparatory research and planning.

The antiquities from Yale not only enhance, but also complement the Mount Holyoke College Art Museum’s own ancient holdings. Yale’s objects will be grouped with highlights from the permanent collection into two thematic exhibitions: Representations of Ancient Women and Theatre and Storytelling. With these objects in place, the Museum will shape a series of lectures and workshops, making use of the expertise of Yale’s staff, as well as visiting scholars and professionals. The Museum also anticipates broad use of these works of art by both MHC faculty and faculty from the Five Colleges, and has already had an overwhelmingly positive response from a number of professors from various disciplines.

The five other institutions who have also received funding from the Mellon Foundation under this initiative (Bowdoin, Dartmouth, Oberlin, Smith, and Williams Colleges), will
borrow from a variety of areas, creating exhibitions around specific themes, cultures, or periods.