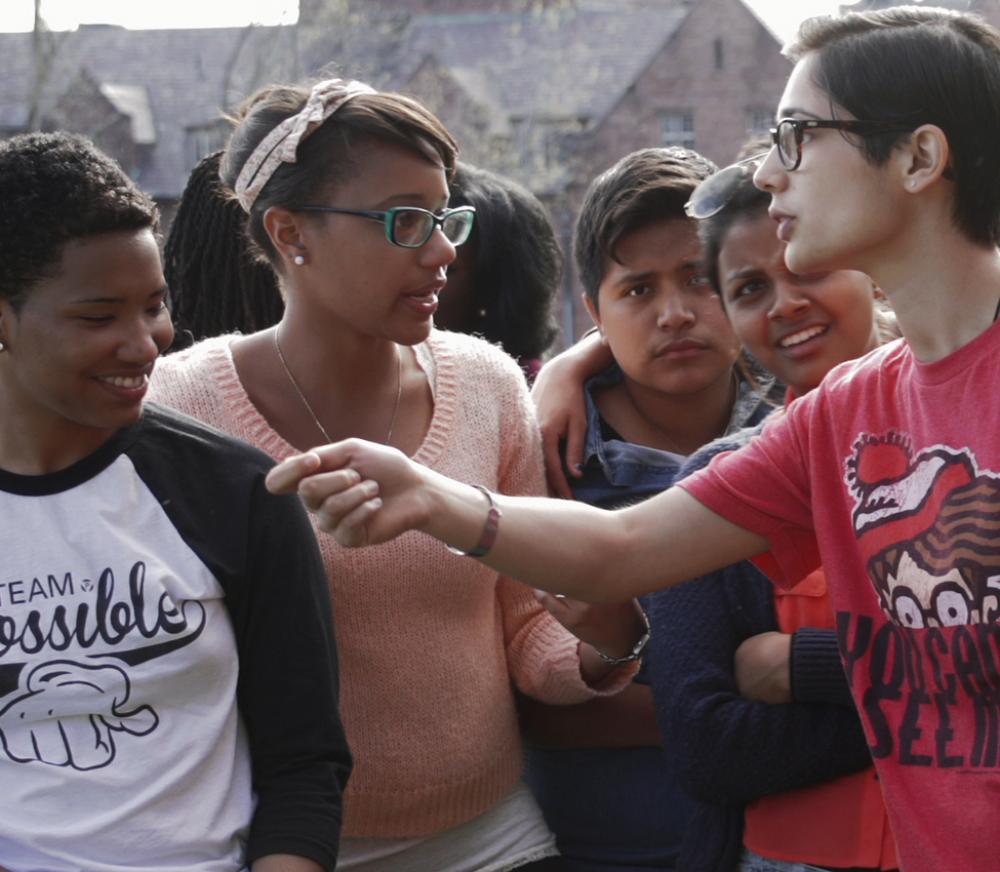 Leading Contemporary Artist Sharon Hayes to Speak at Mount Holyoke College "Everything Else Has Failed! Don't You Think It's Time for Love? And Other Works An Artist's Talk by Sharon Hayes

On February 12, 2013, leading contemporary artist Sharon Hayes will present an artist’s talk at Mount Holyoke College entitled “Everything Else Has Failed! Don’t You Think It’s Time for Love? And Other Works.”

Over the past ten years, Sharon Hayes has been engaged in an art practice that uses multiple media—video, performance, and installation—to investigate the intersections between history, politics and speech. Her work explores new representational strategies that examine the present political moment, not as a moment without historical foundation, but as one that is always allegorical, reaching simultaneously backwards and forwards. To do so, she employs conceptual and methodological approaches borrowed from artistic and academic arenas such as theater, film, anthropology, linguistics, and journalism.

For five days in 2007, Hayes emerged from the corporate headquarters of UBS in midtown Manhattan, at lunchtime to speak to an anonymous lover. Beginning “My dear lover” or “my sweet lover,” the texts she spoke were addressed to an unnamed “you” from whom the speaker was separated for some unexplained reason. Woven in between comments on and about personal longing and desire, were comments about politics, war and the trauma and dislocation of living in a moment of war. By inserting “private
correspondence” into a scene of public speech, Everything Else Has Failed! Don't You Think It's Time for Love? provokes questions about the territory of the space of the “political“ and the “unspeakable” as it relates to love, enforced normativity and the mythic notion of “free speech.” Her talk at Mount Holyoke will focus on
this and other projects from her body of work.

Sharon Hayes’ work can currently be seen at the Museum of Modern Art in New York, and has been shown at the Whitney, San Francisco MOMA, the New Museum of Contemporary Art, the Guggenheim, P.S. 1, the Tate Modern, and the Joseph Papp Public Theater, among many others. Hayes is an Assistant Professor at
the Cooper Union. She is represented by Tanya Leighton Gallery, Berlin.

Thursday, 21 February 2013, 6:00 p.m.
“Everything Else Has Failed! Don’t You Think It’s Time for Love? And Other Works: An Artist’s Talk by
Sharon Hayes”
Gamble Auditorium
Mount Holyoke College
Reception to follow
Free and open to the public