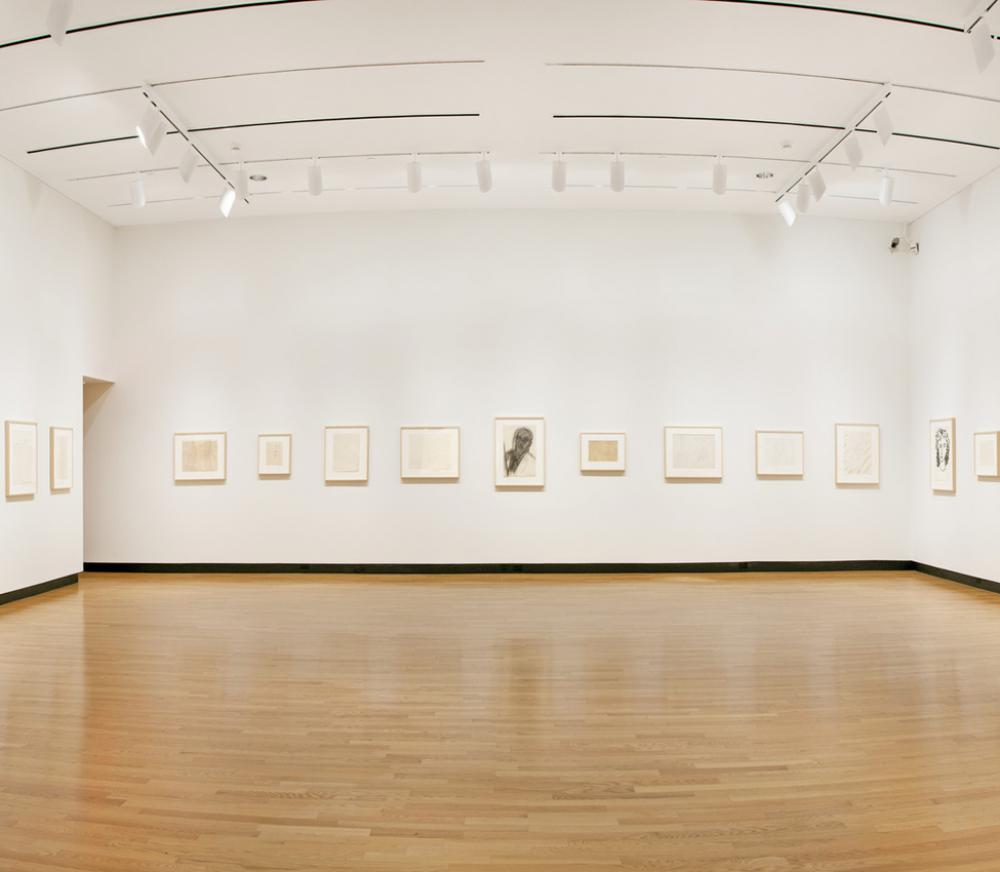 Opening Reception and Lecture
Thursday, September 4, 2014 at 5:30 PM
Olivier Bernier Lecture Matisse: Line, Color, Action
Ellsworth Kelly will be present
The Mount Holyoke College Art Museum is pleased to announce its Fall 2014 Exhibition Schedule featuring three new exhibitions and a special collection spotlight. In keeping with its commitment to contemporary curatorial practices, the Museum has invited internationally celebrated artist Ellsworth Kelly to curate an exhibition of Matisse drawings drawn from the comprehensive collection of the Pierre and Tana Matisse Foundation. In addition, Kelly’s botanical prints from the 1960s will be the focus of a separate exhibition. Finally, we celebrate the richness of the Mount Holyoke holdings with a display of ceramics from across 6,000 years! The fall collection spotlight features a work by Carrie Mae Weems, the featured speaker for the College’s Leading Women in the Arts Lecture on Thursday, September 18, 2014.

Matisse Drawings: Curated by Ellsworth Kelly from the Pierre and Tana Matisse Foundation
30 August–14 December 2014
“I often say, he can't make a mark without it being a Matisse. I mean a single mark.”
-Ellsworth Kelly
Henri Matisse drew constantly throughout his life (1869-1954) and his direct, elegant draftsmanship has become a hallmark of 20th-century modern art. His particular gift was an economy of line. A seemingly simple curve could simultaneously define a shoulder, establish its place in relation to the picture plane, suggest its volume, outline the shape of the upper torso, and lend an emotional tenor to the sitter. His lines are complex descriptive instruments that at first glance appear understated. A majority of what Matisse communicates with his drawings he achieves through implication rather than replication. This exhibition represents a wide variety of his work from sketches to finished drawings and covers most of his career, spanning the period 1900 to 1950.

The works on view also illuminate a special kinship between Matisse and internationally renowned contemporary artist Ellsworth Kelly who curated the exhibition. The drawings of both artists are characterized by a rare certainty, fluidity, and circumspection. In this, they share a dominant position in the history of drawing in the modern era and beyond. There are critical differences in their work (please see Kelly’s “botanicals” in the next gallery). Kelly’s affinity for Matisse is not based on influence, but rather inspiration. As he recently explained, “Picasso made me want to paint, but Matisse made me want to draw.” In this exhibition, we are invited to share his great enthusiasm for the French master’s work. Matisse Drawings includes 45 drawings from the collection of the Pierre and Tana Matisse Foundation Collection. Ellsworth Kelly selected the works on display—ranging from quick sketches to finished drawings—and designed the installation.

Plant Lithographs by Ellsworth Kelly, 1964–1966
30 August–14 December 2014
World-renowned American painter and sculptor Ellsworth Kelly created his first abstract painting in 1949, setting the stage for a career devoted to exploring minimalism and color work. His installation of Matisse drawings in the adjacent gallery demonstrates his calculated aesthetic even as a curator. But a more lyrical side of Kelly is apparent in a body of botanical drawings created over the last four decades—a bridge between his figurative work and abstraction.

Plant Lithographs by Ellsworth Kelly, 1964–1966 represents a selection of prints from the artist’s first lithographic botanical suite. Drawn from the 28-image series, the exhibition ranges from flowering plants to succulent citrus fruits, reflecting the summers Kelly spent in southern France during 1964 and 1965. Although Matisse and Kelly never met in person, their depictions of plant subjects naturally converse. Where Matisse celebrates their vitality through exuberant lines, Kelly distills his observations down to concise, concentrated forms.

Kelly’s seemingly effortless botanicals are generally created in mere minutes, and yet they are the result of acute study and practice. As the artist reflects, “You must not copy nature. You must let nature instruct you and then let the eye and the hand collaborate.” Devoid of color and detail, Kelly’s prints are a masterful synthesis of observation, translation, and execution, capturing the tangible object in its purest form.

The Potter’s Tale: Contextualizing 6,000 Years of Ceramics
30 August 2014–31 May 2015
Through innovation and exchange, vessels made of clay have contributed to the lives of people all across the economic spectrum, through time, and across the world. This exhibition highlights the ceramic collection of the Mount Holyoke College Art Museum, which spans five continents and six thousand years. The show explores common themes of decoration and form, examines the exchange of ideas and objects across cultures—particularly between China and the West—and highlights the beauty and craftsmanship displayed in ceramic works of art. Dating from antiquity to the 21st century, the exhibition includes many objects on view for the first time, exciting new acquisitions, and a few significant loans that facilitate captivating dialogues around and about pottery and porcelain.

I Looked and Looked to See What so Terrified You is a photographic diptych featuring a mirrored self-portrait. Weems created this work as part of the 2003 multimedia series, The Louisiana Project, commissioned to commemorate the bicentennial of the Louisiana Purchase. The series examines the cultural complexities of New Orleans, and traditions of masquerade and pageantry that often serve to reinforce the city’s race and class-based hierarchies. The title of the work imbues additional layers of meaning: self-reflection becomes an examination of public image and of the social mores that shape perception.

The Mount Holyoke College Art Museum is honored to be presenting this collection spotlight in conjunction with Weems’ visit to the campus as the 2014 Leading Woman in the Arts. These annual lecture series and student workshops are co-sponsored by the Mount Holyoke College InterArts Council and the Weissman Center for Leadership.

Carrie Mae Weems will present her lecture
“Art and Humanity”
Thursday, September 18, 2014 at 7:00 PM
Gamble Auditorium of the Art Building.
The Mount Holyoke College Art Museum is open to the public.
Admission to the Museum and all events are free.