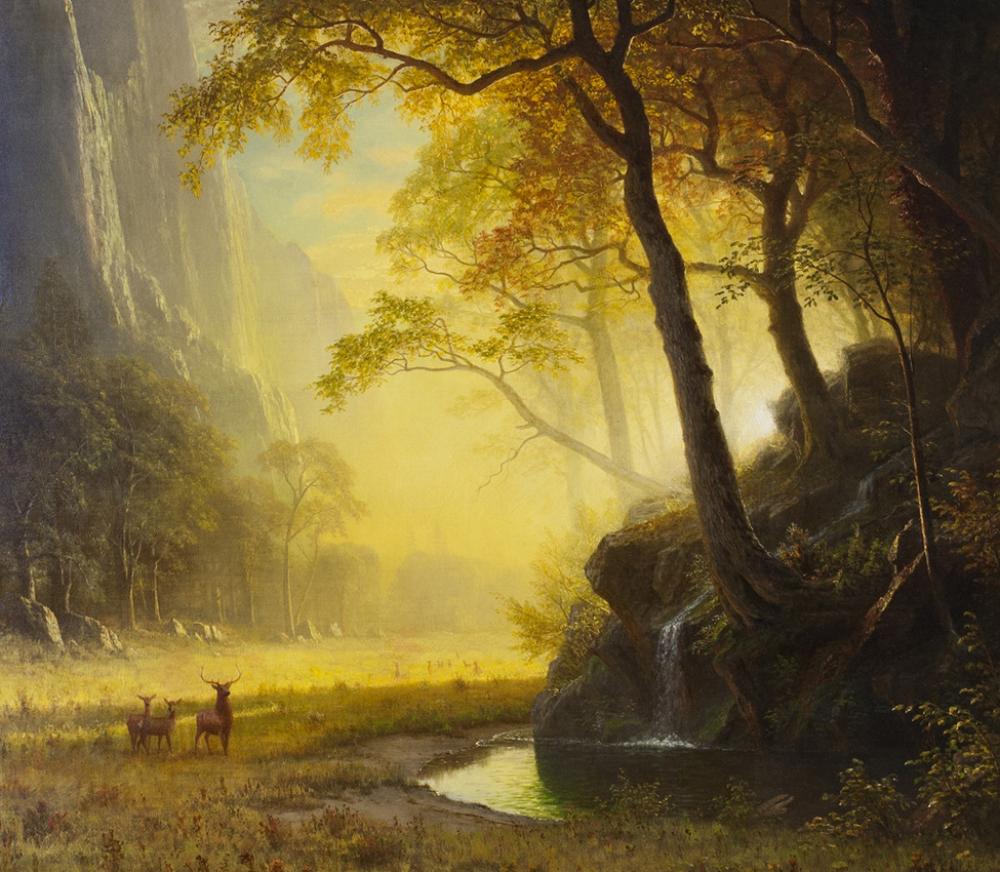 On November 15, the Mount Holyoke College Art Museum celebrates the 135th anniversary of the opening of its doors. Founded in 1876, the Museum was established in the same year as the Museum of Fine Arts in Boston and the same decade as the Metropolitan Museum of Art in New York, during an era known as the Museum Age. It is one of the oldest academic museums in the country.

The Museum was launched at the dedication of Lyman Williston Hall, a campus building designed expressly for the study of both science and art. The Art Gallery occupied the entire upper story of the new building. Though best known now for its superb antiquities collection, its first acquisition was originally its signature work: a major painting by then contemporary artist Albert Bierstadt. This work, Hetch Hetchy Canyon of 1875, was presented to the new museum at the dedication by Mrs. E. H. Sawyer and Mrs. A. L. Williston, the wives of two trustees. It remains a cornerstone of the Museum’s collection and a constant reminder of the Museum’s dedication to art of its own time.

While many American museums, both natural history museums and art museums alike, were founded with the intention of focusing on the scientific discoveries and artistic developments in North America, many moved to emulate their European counterparts by building Classical collections from ancient Egypt, Greece, Mesopotamia and Rome. In addition to antiquities, primary strengths of the Mount Holyoke collection today include medieval sculpture and early Italian Renaissance paintings, Dutch and Italian 17th-century paintings, Asian art, American paintings and sculpture, Pre-Columbian and Native American art, and an extensive collection of drawings, prints, and photographs. Since its founding, the Museum has grown to encompass more than 17,000 art objects, and manages an additional 7,000 objects in the near-by Joseph Allen Skinner Museum. These diverse collections form an important and expanding building block in the fabric of the liberal arts education at Mount Holyoke.

With interdisciplinary study a foundational belief in liberal art education today, it is noteworthy that the new hall at Mount Holyoke was designed with the importance of cross-pollination between the sciences and the arts as a goal. In his dedication address in 1876, Professor W.S. Tyler, President of the Board of Trustees stated:
“The objects of study in an institution like this are chiefly two: the acquisition of knowledge, and the discipline of the mind. Both these objects are accomplished by the study of Science and Art…. Science not only observes isolated facts, but classifies and correlates them, interprets their meaning, discovers the laws that govern them, and the principles that underlie them.… [Art] develops and disciplines the same faculties of observation and reason, together with other and in some respects higher faculties, viz., those of taste and imagination, which are not only intellectual and rational but also emotional, and thus more nearly moral. …To have seen it, to have studied and comprehended it, to have been inspired and possessed by it, not only delights the mind, but enriches and adorns it.”

Mount Holyoke College Art Museum serves as a cultural laboratory for the campus and the Five College community and is an integral part of the intellectual and cultural life of the Pioneer Valley. It is an affiliate of Museums10, a consortium of ten academic and community museums in the region. Admission to the exhibition and to the Museum is free; donations are welcome. The galleries are open Tuesday–Friday, 11 a.m.–5 p.m., and Saturday and Sunday, 1-5 p.m. The Museum is fully accessible. Parking is available nearby.