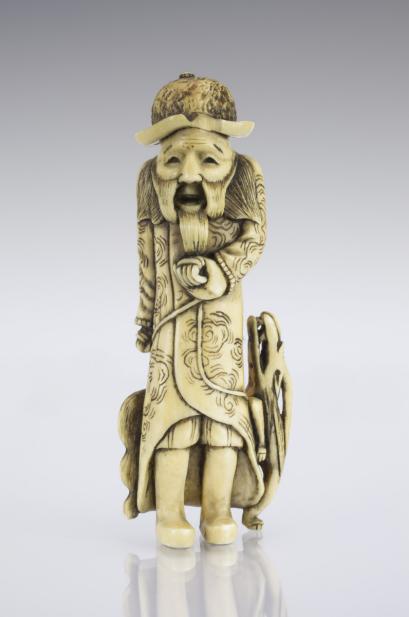 This rare rendition of the first Portuguese sailor to reach Japan displays his native costume and curly hair, along with an equally exotic creature: a griffin. Pinto was supposedly shipwrecked off the south coast of Kyushu, on a small island known as Tanega. The back of the figure bears an inscription that translates as: “I came to Japan in Tenbun eighth year (1539), seventh day of the eighth month,” although the more widely accepted date of his arrival is 1543.