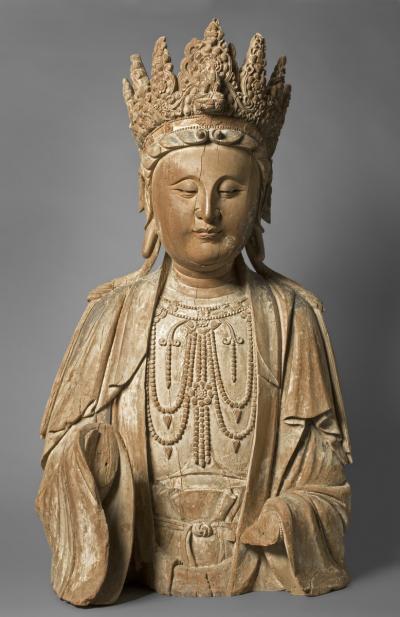 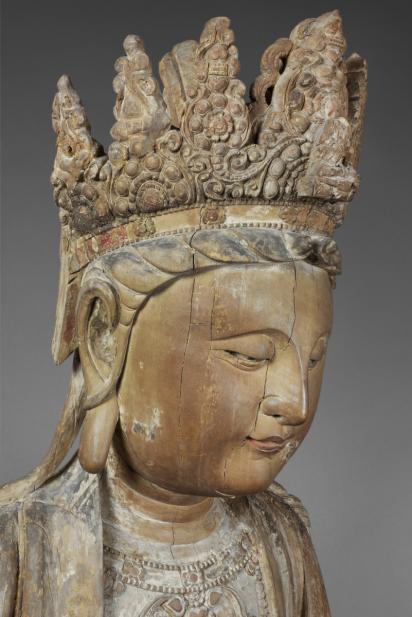 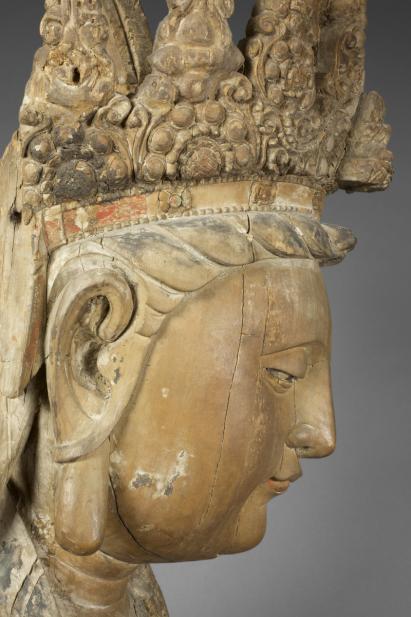 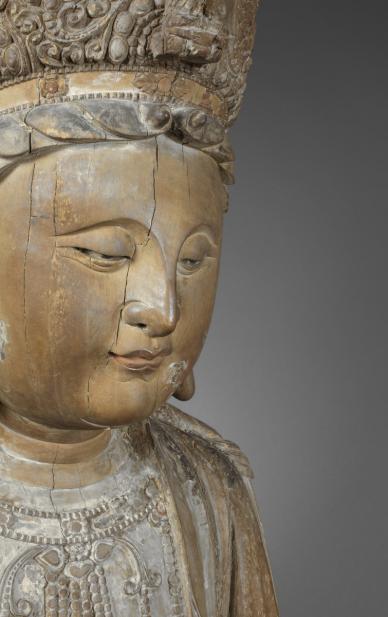 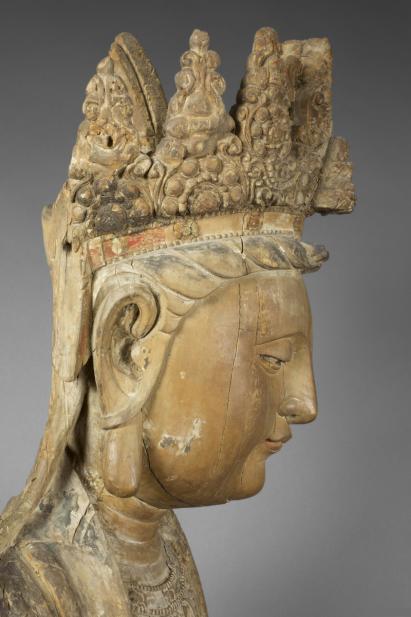 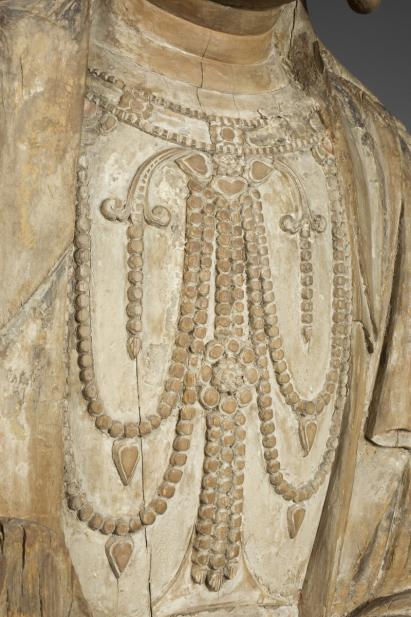 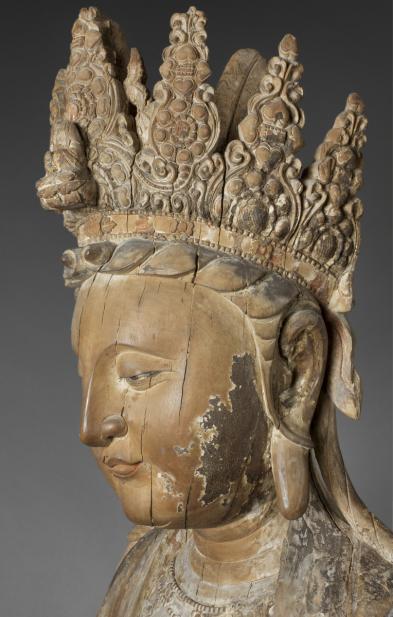 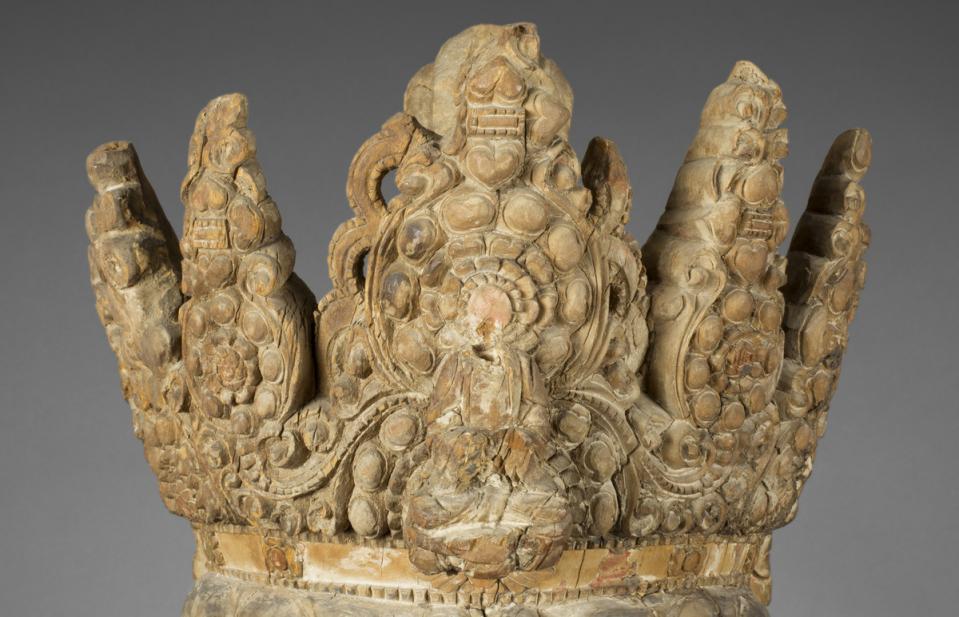 This sculpture has survived in remarkable condition for centuries, and though it has lost its hands and lower body, it retains its original presence and power. Guanyin is among the most beloved bodhisattvas (enlightened beings) in Buddhism, and is associated with compassion—reflected here in the graceful, down-turned eyes and subtle smile.

The curving lines of the cheeks, lips, and eyes suggest a feminine deity, while the body’s straight lines evoke masculinity. This is not unusual for depictions of Guanyin in this period; early images of the bodhisattva are male, while depictions after the 12th century are mostly female. One can only imagine the original impact of this regal sculpture, painted colorfully and ornamented in gold.

Within the Buddhist pantheon, Bodhisattvas are
enlightened beings who have renounced nirvana, or paradise, in order to help others attain enlightenment.
This sculpture represents Guanyin, the Chinese version
of the Indian Bodhisattva Avalokitesvara, the deity of
mercy and compassion. The figure of Guanyin can be
depicted as either male and female, but usually inclines toward the feminine, as is seen in this example. In China, women often prayed to the Bodhisattva Guanyin for children, usually for males who would ensure the continuation of the patriarchal family line.