What Can a Woman Do 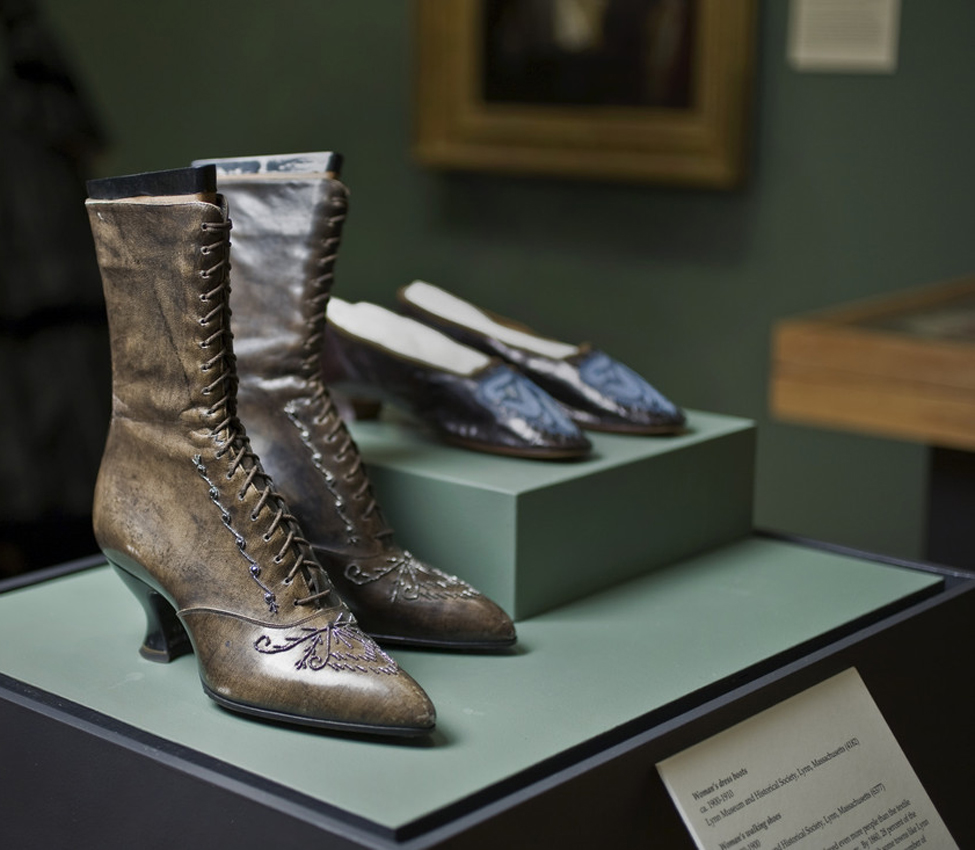 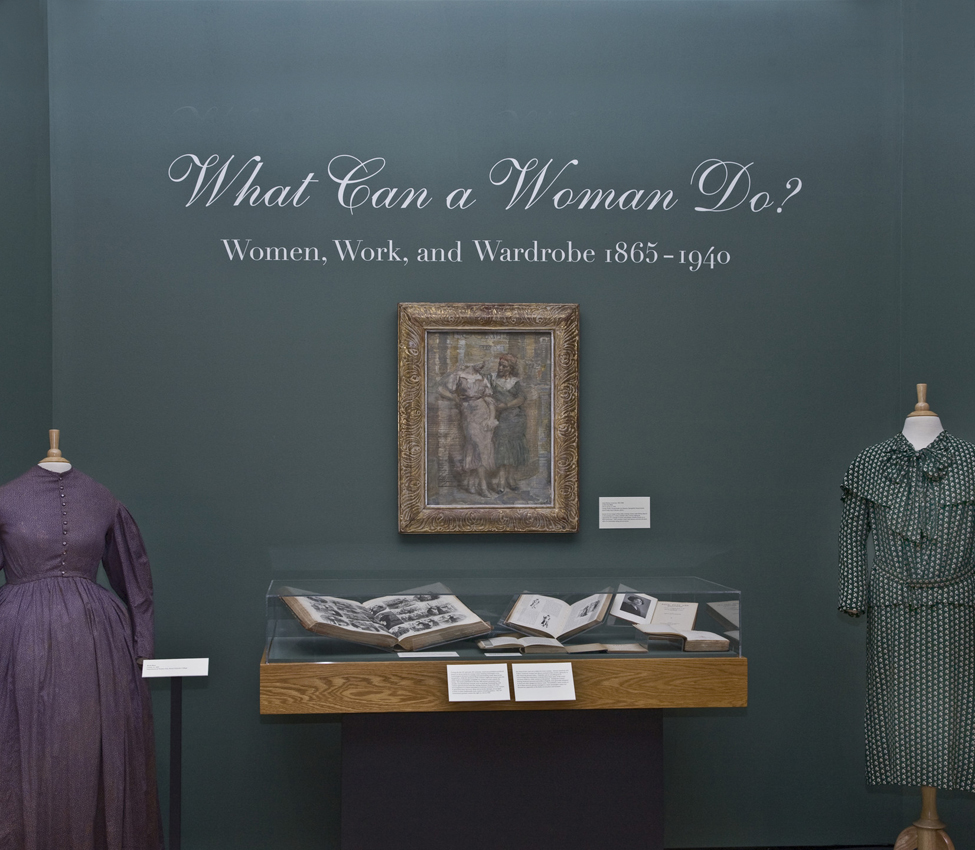 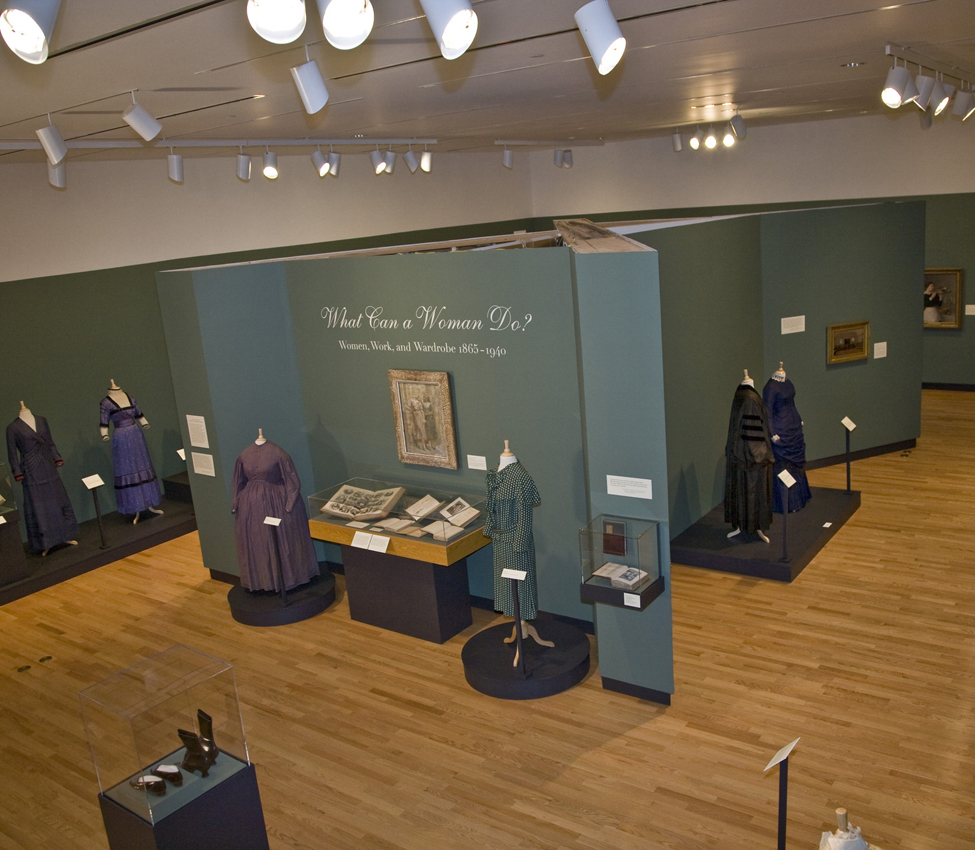 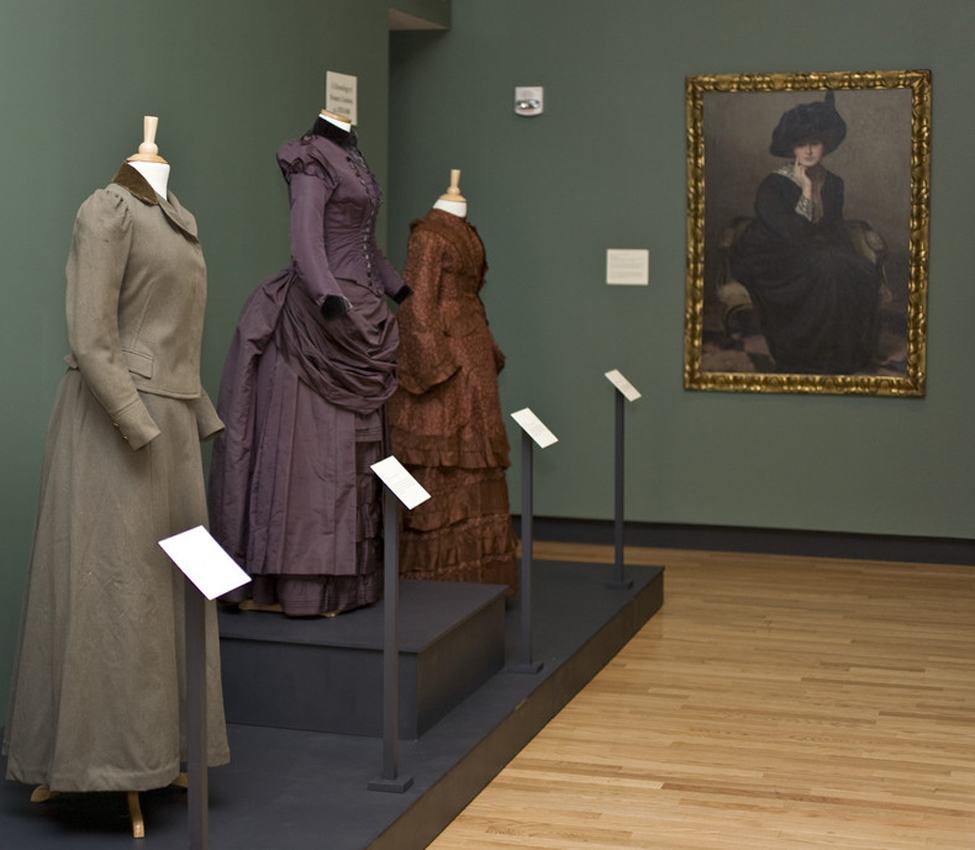 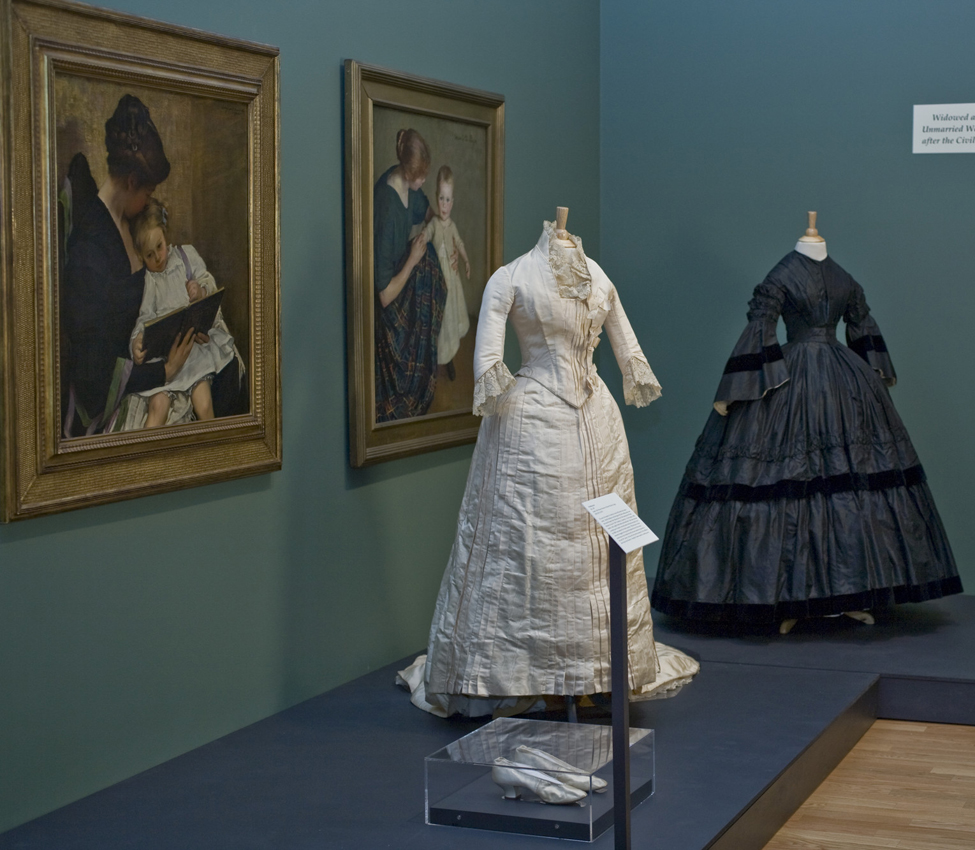 Images of women portrayed as professionals, athletes and intellectuals are common today, but until the late nineteenth century, such representations of strong self-reliant women were virtually absent from the visual arts and literature. What Can a Woman Do?, provides an engaging and informative window into the ways that women’s identities and attitudes are forged on the stage of visual culture.

Inspired by a book entitled What Can a Woman Do?, written by Mrs. M. L. Rayne in 1893, this exhibition examines the changing perceptions of women between the Civil War and World War II, the expansion of their career options, and the ways in which clothing fashions evolved in response to these cultural shifts. In response to the transformation in female lifestyles, women’s clothing became less restrictive and confining, resulting in more freedom in their physical movements. Paintings and popular art are paired with period costumes to illustrate women’s roles in agriculture, manufacturing, education, domestic service, dressmaking and millinery, the arts, and business, as well as traditional family life.

Guest curator for the exhibition is Lynne Zacek Bassett (class of 1983), an independent scholar specializing in historic costume and textiles.