MHCAM celebrates the landmark bequest of the Joseph Allen Skinner Museum to the College in 1946 with back-to-back solo exhibitions: Lenka Clayton—Comedy Plus Tragedy (September 28, 2021 through May 29, 2022) and vanessa german—THE RAREST BLACK WOMAN ON THE PLANET EARTH (September 2, 2022 through May 28, 2023). 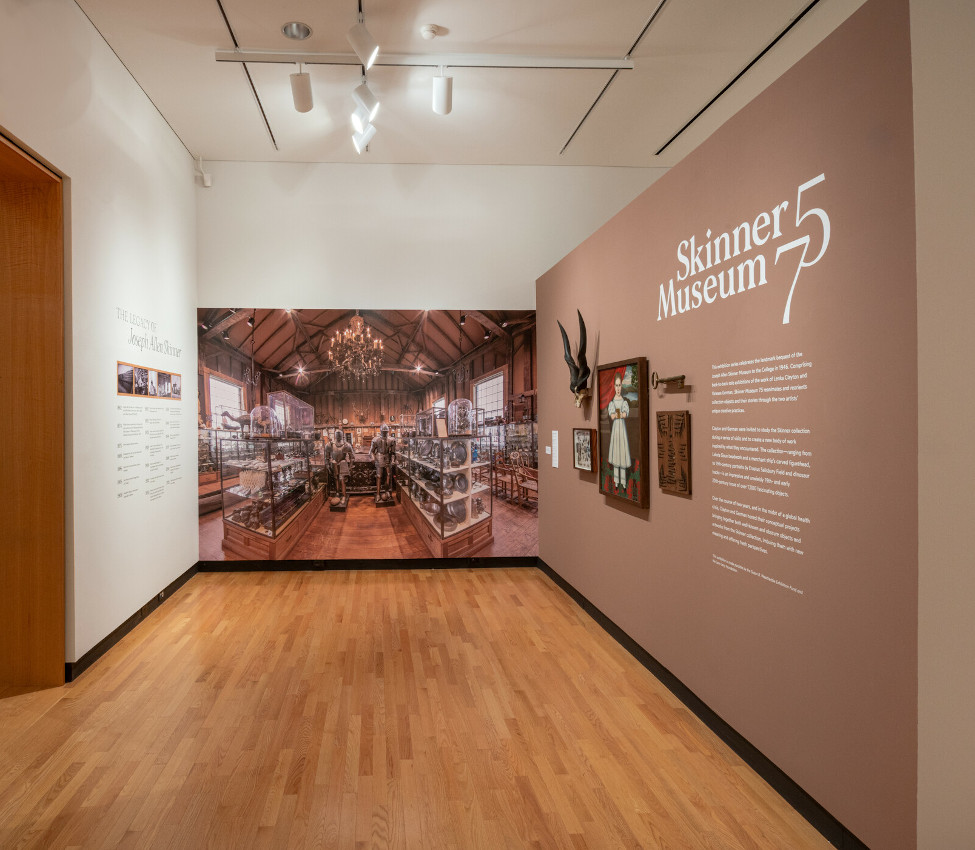 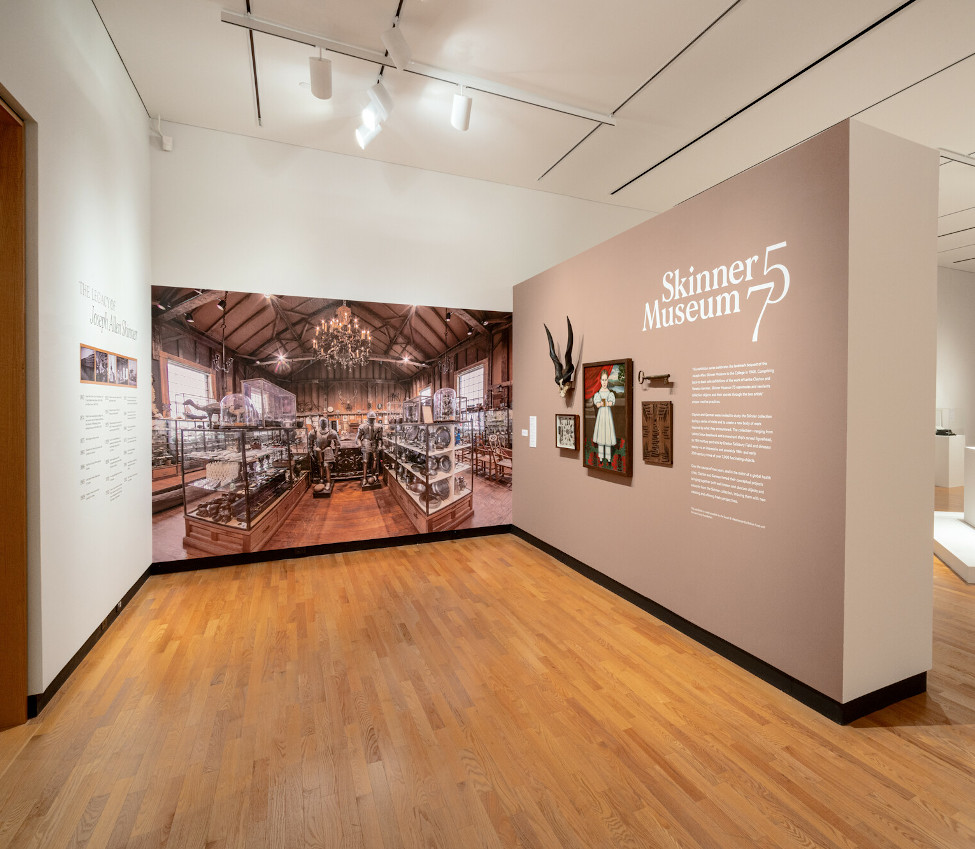 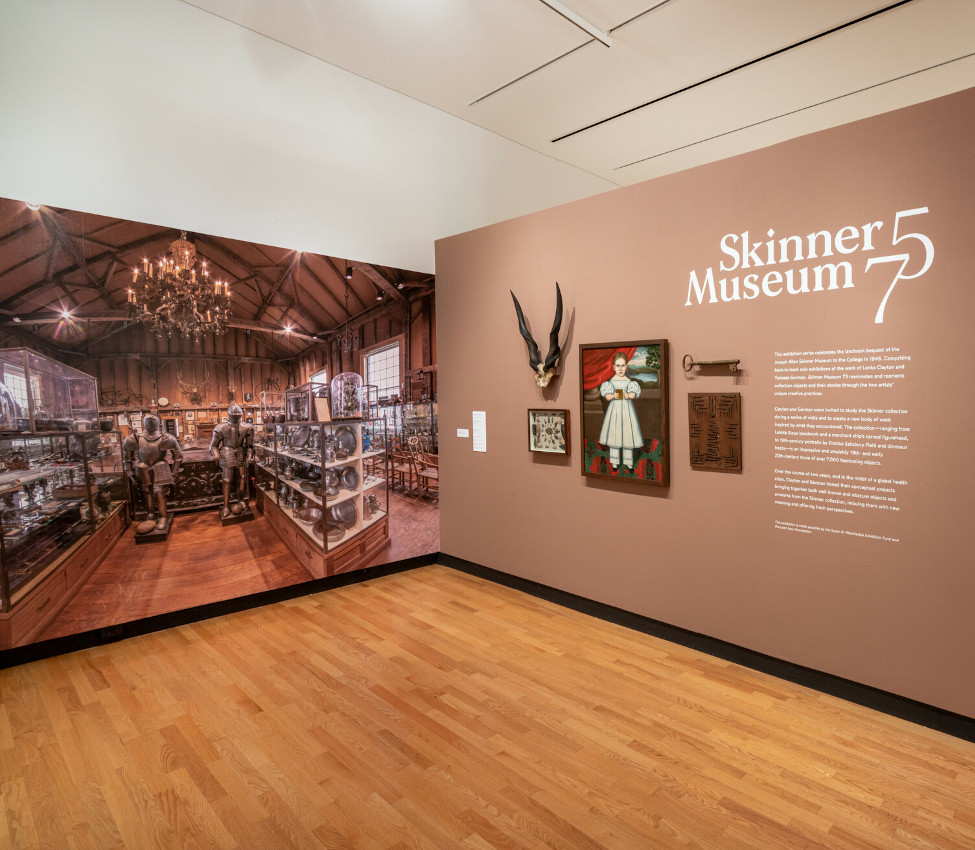 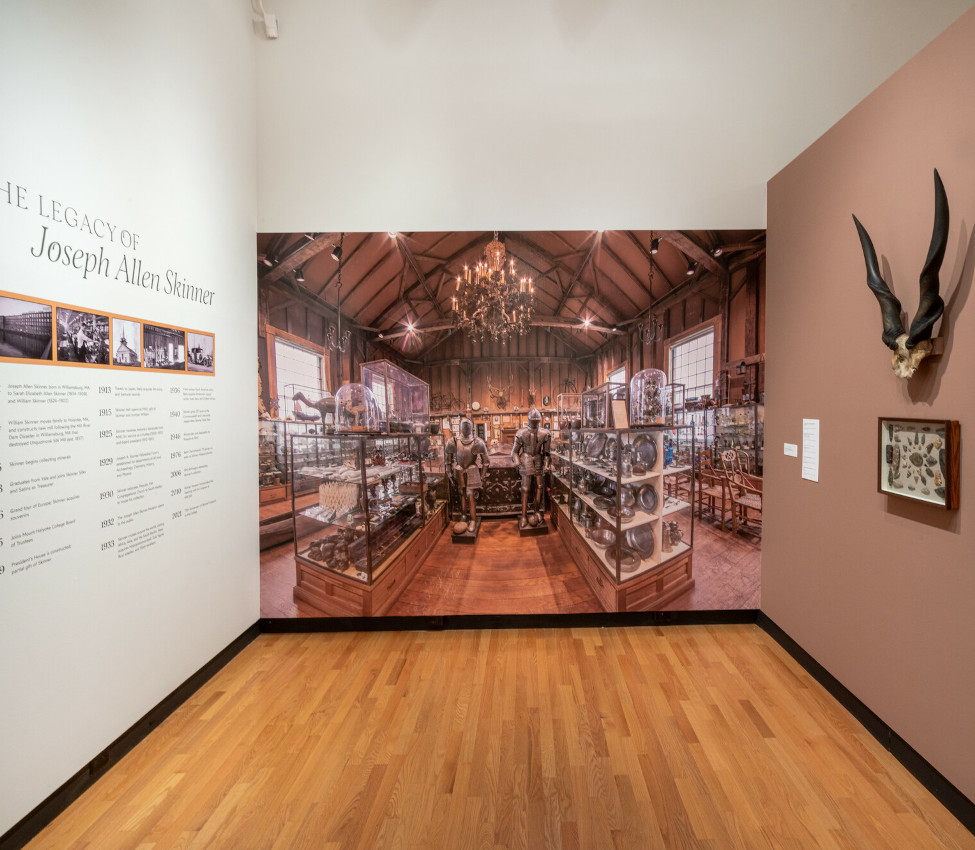 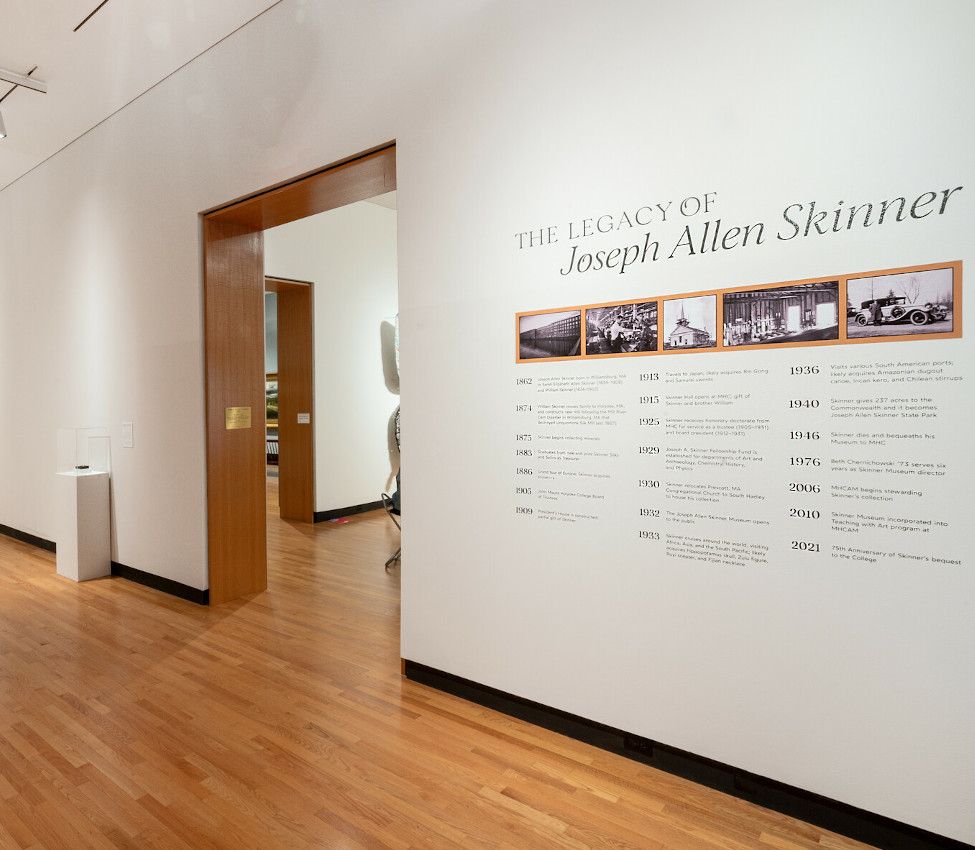 This exhibition series celebrates the landmark bequest of the Joseph Allen Skinner Museum to the College in 1946. Comprising back-to-back solo exhibitions of the work of Lenka Clayton and vanessa german, Skinner Museum 75 reanimates and reorients collection objects and their stories through the these artists’ unique creative practices.

Lenka Clayton and vanessa german were invited to study the Skinner collection during a series of visits and to create a new body of work inspired by what they encountered. The collection—ranging from Lakota Sioux beadwork and a merchant ship’s carved figurehead, to 19th-century portraits by Erastus Salisbury Field and dinosaur tracks—is an impressive and unwieldy 19th century trove of over 7,000 fascinating objects.

Over the course of two years, and in the midst of a global health crisis, Clayton and german honed their conceptual projects, bringing together both well-known and obscure objects and artworks from the Skinner collection, imbuing them with new meaning and offering fresh perspectives.