Ellen Lanyon's "Beyond the Borders"

In the Hinchcliff Reception Hall 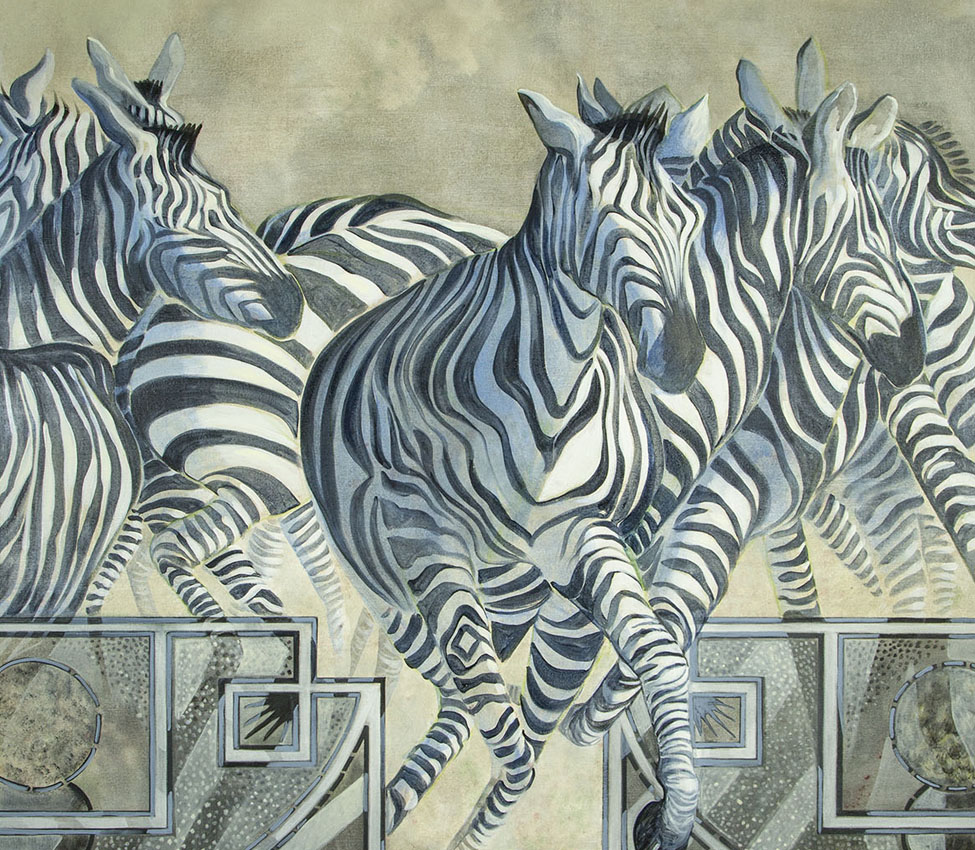 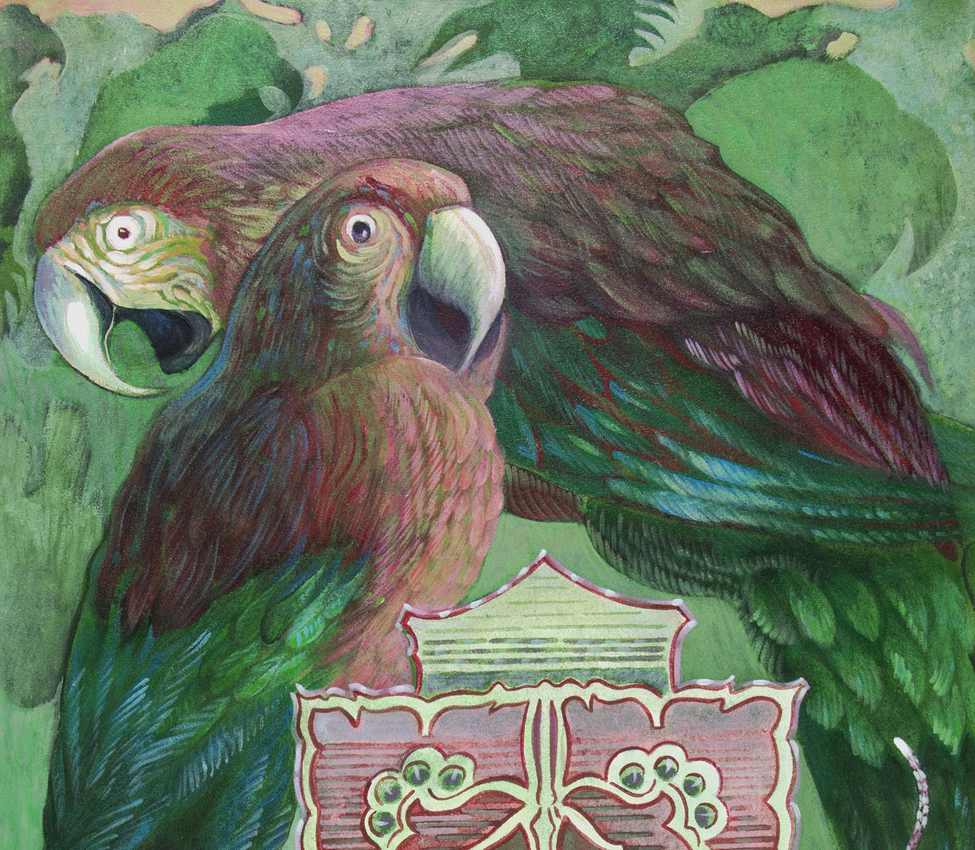 Ellen Lanyon (1926-2013) was a celebrated artist associated with a movement of representational painters known as the Chicago Imagists. She created fantastical works throughout her sixty-year career, including the series on view, titled Beyond the Borders, which captures Lanyon’s fascination with both design and the natural world.

Lanyon became particularly interested in natural themes after a trip to the Everglades where she observed the environmental damage wrought by human activity. For her, nature became a powerful means of expressing the themes of metamorphosis and illusion that had preoccupied the artist throughout her career.

In Beyond the Borders, Lanyon blended decorative motifs found in antique wallpaper patterns with images drawn from nature. Her canvases seem to burst with movement and energy: caribou spar with their antlers entangled, and a stampede of zebras seems to be on the verge of breaking through the painting itself.

This installation is made possible by the Lucy P. Eisenhart Fund.