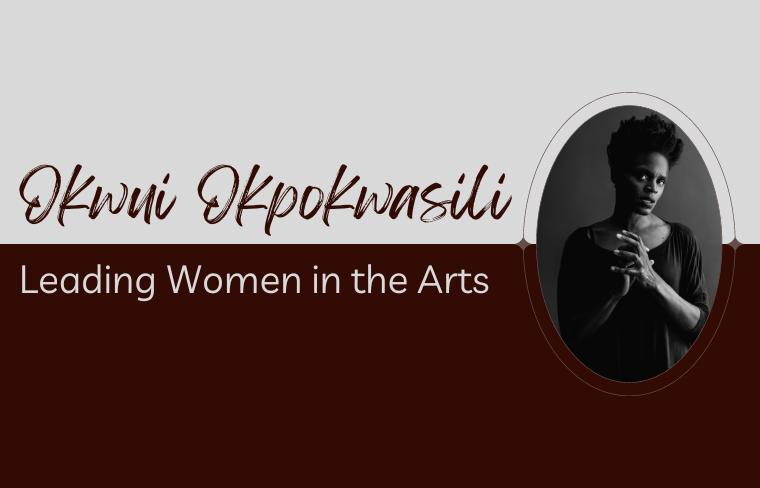 Join us in honoring Mount Holyoke’s 2022 Leading Woman in the Arts, Okwui Okpokwasili.

Okwui Okpokwasili is a Brooklyn based performer, choreographer and writer creating multidisciplinary performance pieces. The child of immigrants from Nigeria, Okpokwasili was born and raised in the Bronx, and the histories of these places and the girls and women who inhabit them feature prominently in much of her work. Her highly experimental productions include "Bessie" Award winning Pent-Up: A Revenge Dance, "Bessie" Award winning Bronx Gothic, Bronx Gothic: The Oval, Poor People's TV Room, Poor People's TV Room Solo, When I Return Who Will Receive Me, and Adaku's Revolt. Recent works include installations in the exhibitions: “Grief and Grievance, Art and Mourning in America” at the New Museum, “Witchhunt” at The Hammer Museum in LA, “Sex Ecologies” at Kunsthall Trondheim in Norway. Commissions include the performance “On the way, undone” at the Highline in NYC and at Weeksville Heritage Center in Brooklyn as part of FIAF’s Crossing the Line Festival, the film “Returning” for Danspace Project, and the site specific performances “Swallow the Moon” at Jacob’s Pillow. She was recently on Broadway as the “Lady in Green” in the acclaimed revival of “For Colored Girls…”

The Leading Women in the Arts Series, launched in 2006, is organized collaboratively by Mount Holyoke’s Weissman Center for Leadership and the InterArts Council. This engaging program reflects the center's support of public presentations by scholars, artists, writers, and practitioners who connect the academic work of the college with the public sphere.