The Josephine Purtscher Fellows (Class of 1924) Collection is an extraordinary assemblage of nearly 400 objects of European silver and Chinese snuff bottles, collected between 1967 and 1986. Highlights include a 16th-century pomander which held fragrant spices meant for curative purposes and a 19th-century snuffbox and case in the form of a fox head. The more than 150 snuff bottles were collected primarily by Josephine’s husband, Laurence Fellows, and date from the 18th to the 20th century. These vessels, used for powdered tobacco, were popular throughout Chinese society. Produced in ceramic, glass, and carved stone, they became a focus of artistic expression. 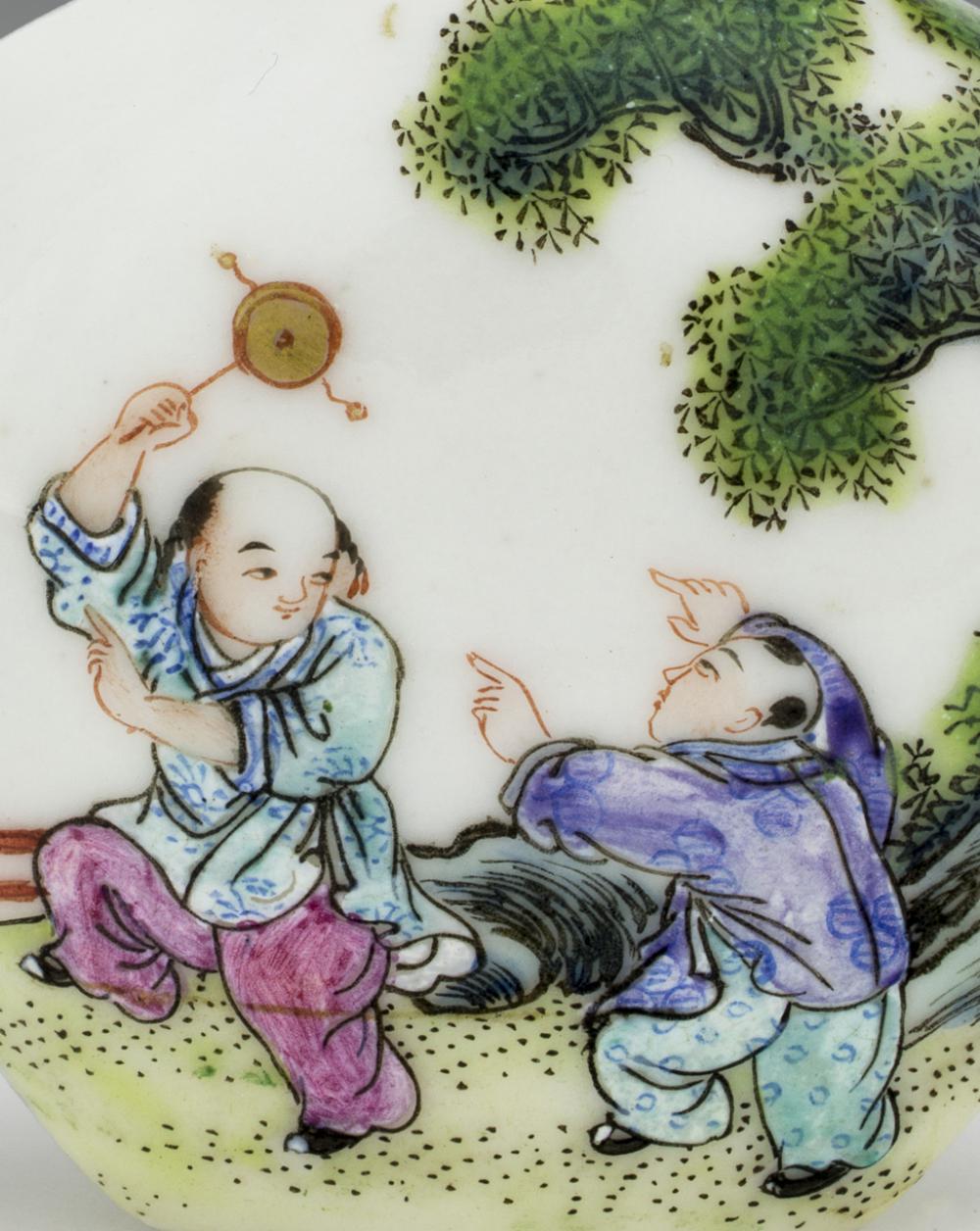 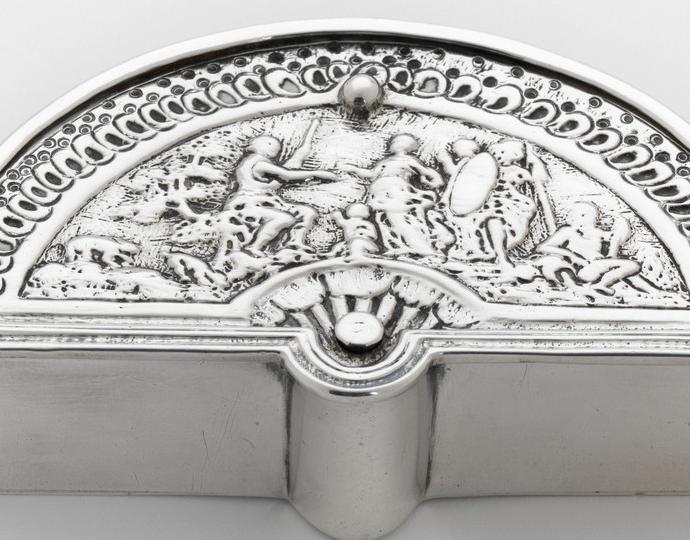 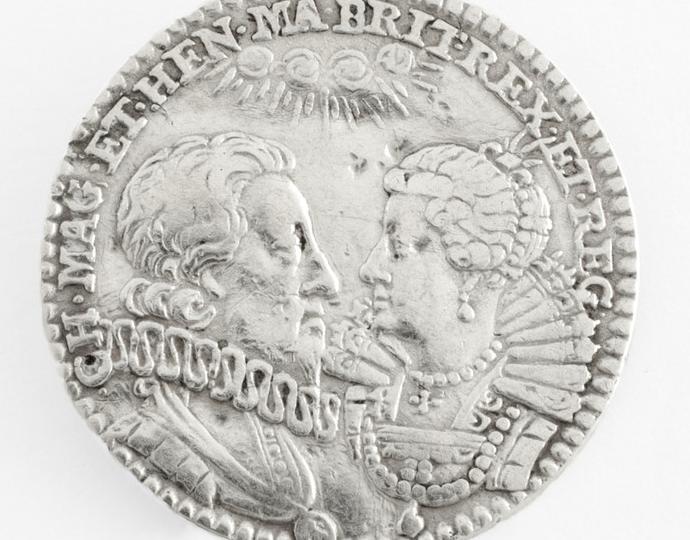 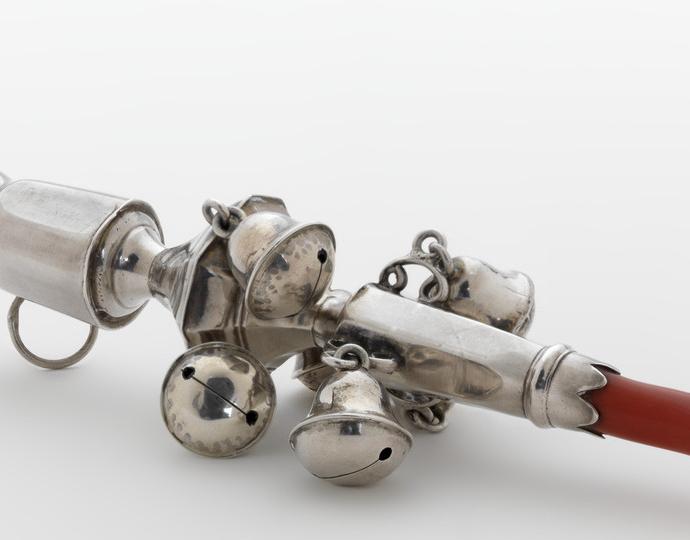 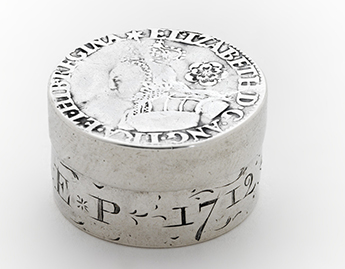 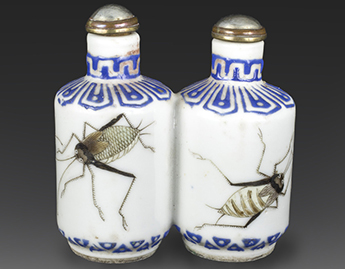 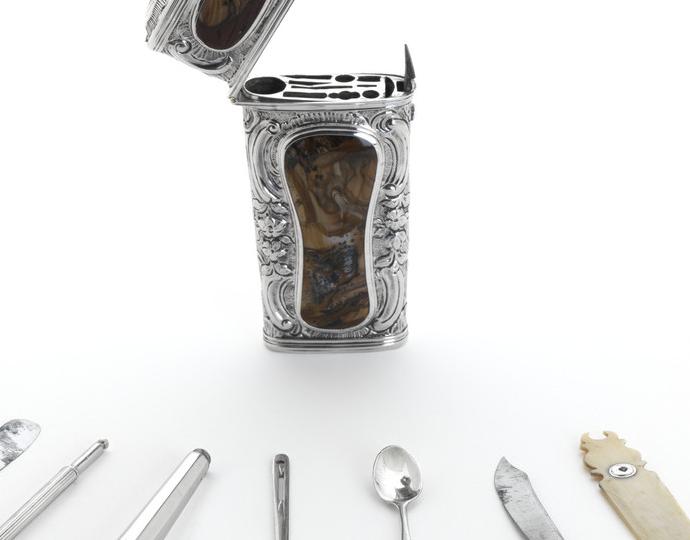 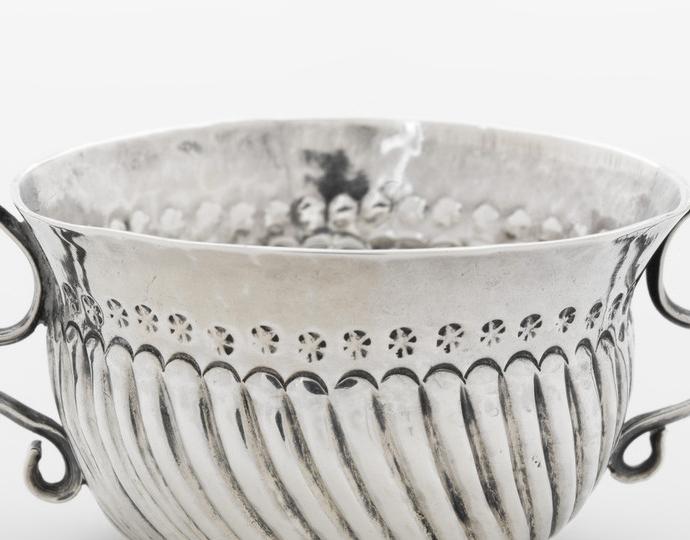 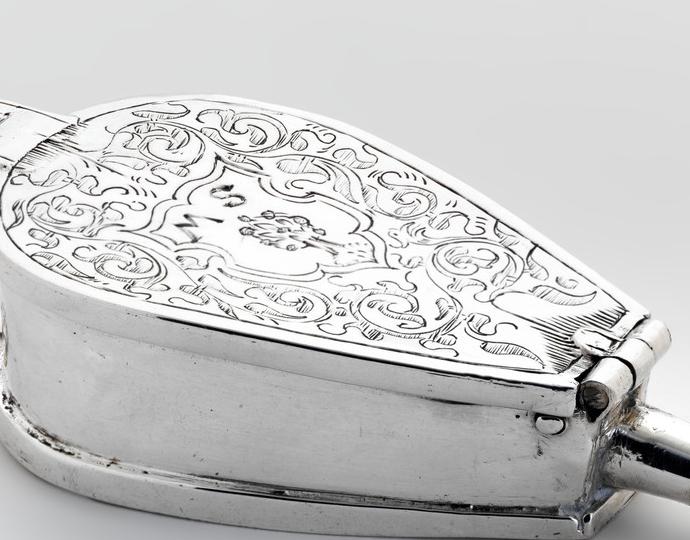 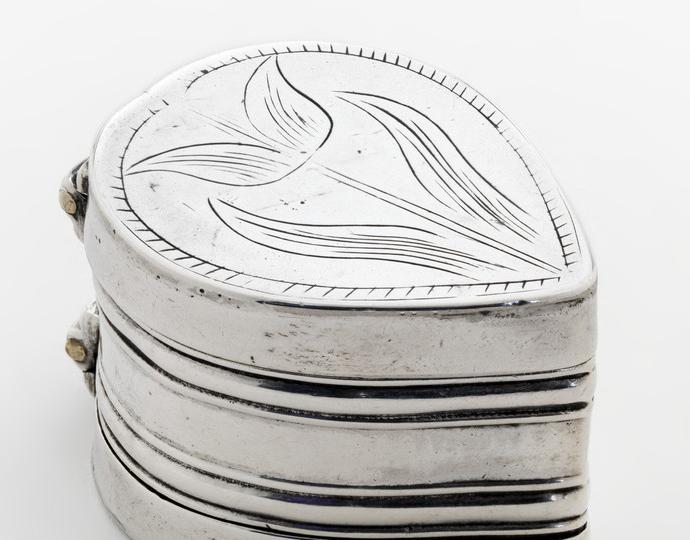 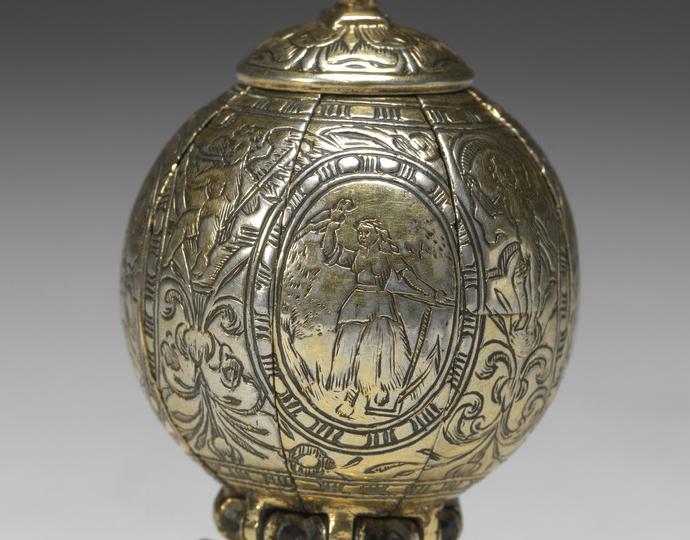 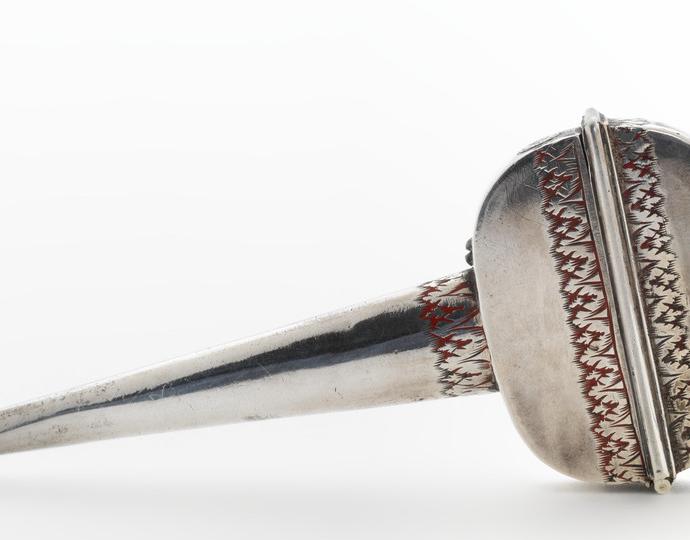 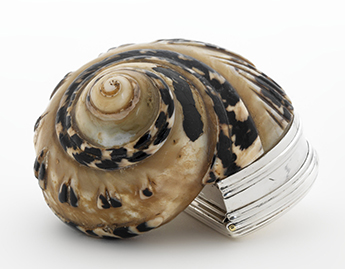 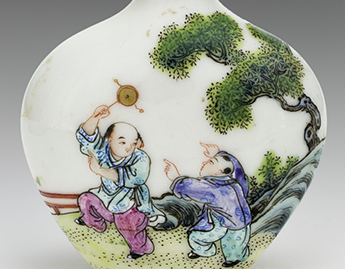 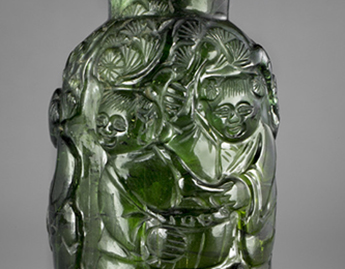 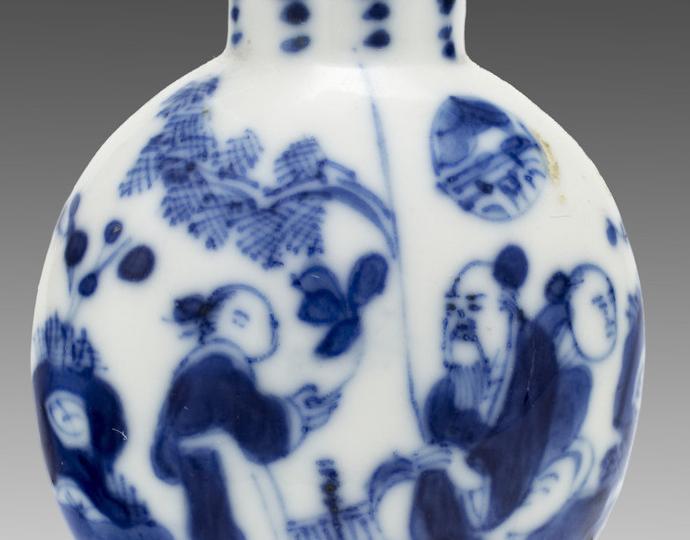 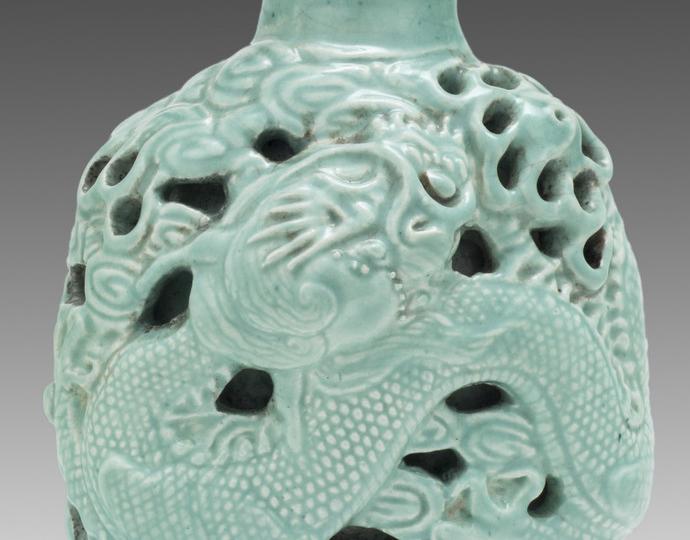 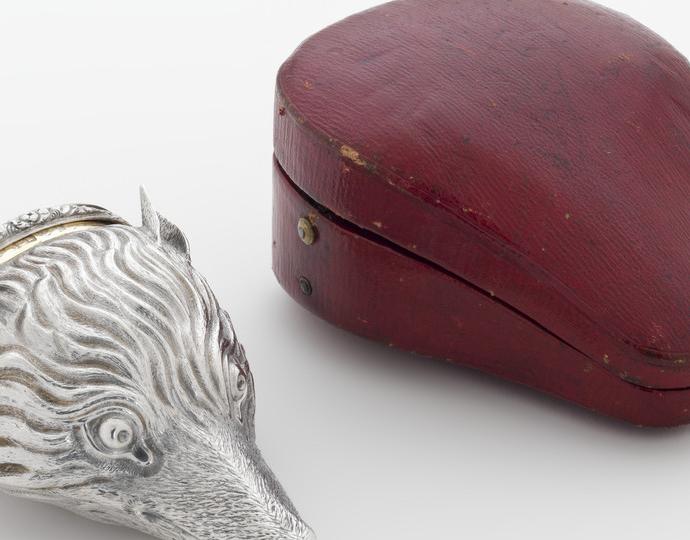 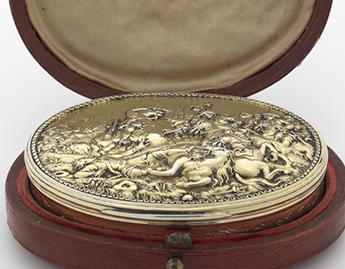 Snuffbox with scene from the Battle of Marston Moor with case, ca. 1660 Unknown British; English Silver and leather; molded 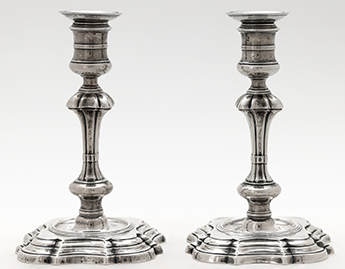 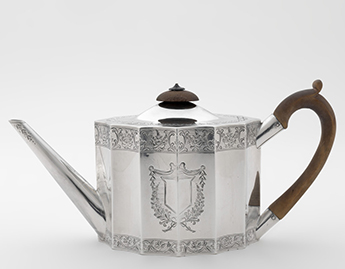 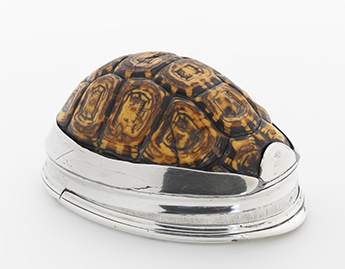 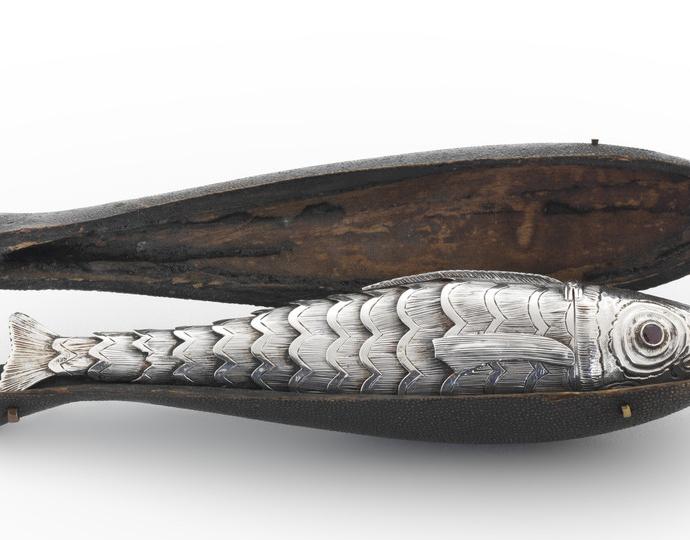 Vinaigrette in the form of a fish with case, 1750-1760 Unknown British; English Silver and leather