Self-guided tour, one of MHCAM Journeys, developed for visitors in Summer 2017 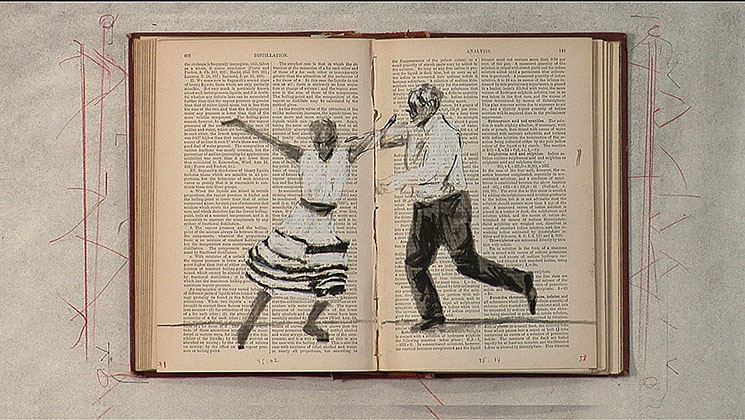 William Kentridge’s 1-channel projection Tango for Page Turning explores the complexity of time. Charcoal drawings, typed text, and spilled ink are collaged on top of an old book as time passes through its turning pages. The work takes inspiration from dance, physics, and the political history of time-keeping, as explored in the online exhibition guide.

After reading the guide, you might wonder if similar ideas appear in other works from the Museum’s collection. This tour contextualizes Kentridge’s film within the Mount Holyoke College Art Museum, creating a network of related objects on view. The works represented here explore similar concepts as Tango for Page Turning, including meditations on our experience of time, an artifact of the industrial revolution, and photographs which illustrate laws of motion. 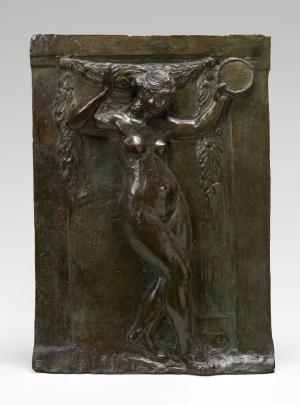 Whether translated into film, like in Tango for Page Turning, or fixed in a painting or sculpture, dance has a long history in the visual arts. In this bronze relief by Renoir, a dancer with a tambourine is frozen in time between movements. Though she remains still, one of her arms protrudes from the relief, creating an illusion of gesture and motion. 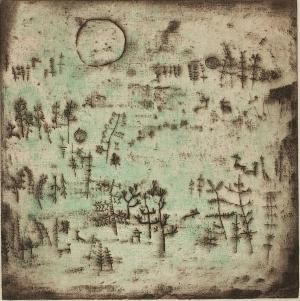 In this intimately sized print, deeply etched lines form rhythmic trees that populate the foreground. An uneven circle represents a massive sun, which presides over the horizonless landscape. The paper is subtly tinted a pale blue green, and vignetted by smudged ink. Time is tangibly expressed in the landscape. Rings within tree trunks show their age and the sun provides a day-night cycle as we rotate around its axis. William Kentridge explores how each individual experiences time at their own pace, using information from sensory experience, including sunlight. In this print, the sun is made ever present – overseeing the scene below. 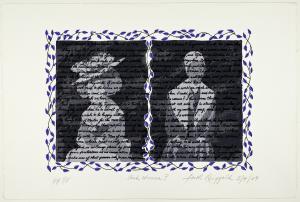 Like Kentridge, Faith Ringgold engages in reframing archival material to question and redirect past histories of exploitation, slavery, colonialism, and inequality. Taking historical imagery and text, artist and activist Faith Ringgold recaptures two important 18th-century women. Surrounded by a blue floral frame, the left side contains a portrait of Abigail Adams, overlaid with a letter to her husband which asks him to “remember the ladies and be more generous and favorable to them than your ancestors”. On the right side, a portrait of Sojourner Truth is layered with text from her speech “Ain’t I a Woman?” which concludes “these women together ought to be able to turn it back, and get it right side up again”. Ringgold and Kentridge layer text and image, bringing visual and written forms of communication into conversation. 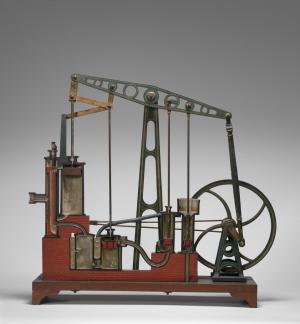 Peter Galison, a physicist, science historian, and collaborator of William Kentridge is interested in how scientific principles are embodied in technology. An example of this kind of ’embodied technology’ can be seen in this small model of James Watt’s steam engine. Watt applied concepts of combustion and atmospheric pressure in order to develop an engine which was more effective and less costly than any previous conception. This efficient and widely applicable steam engine was invented in the late 18th century. It was essential to the onset of train travel, creating locomotives which would catalyze the industrial revolution. This model, made at least a century after Watt’s initial invention, was used for educational purposes to demonstrate how the steam engine functions. 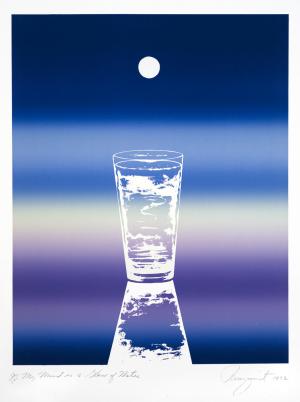 A soft gradient containing vertical bars of deep purple, cerulean blue, and yellow-green forms a background without a definite horizon line. These colors, which undulate to create an illusion of movement, evoke calm contemplation. A white circle is centered in the upper part of the composition indicating the moon. A glass of water and its reflection sit in the foreground, providing humor against the pensive backdrop. One can almost imagine the circle slowly descending into the glass of water, as time passes and the sun rises. Rosenquist’s meditation on time can be understood parallel to Kentridge’s – since we each experience time on our own accord, each artist expresses its passage personally.