Portrait of Faustina the Elder 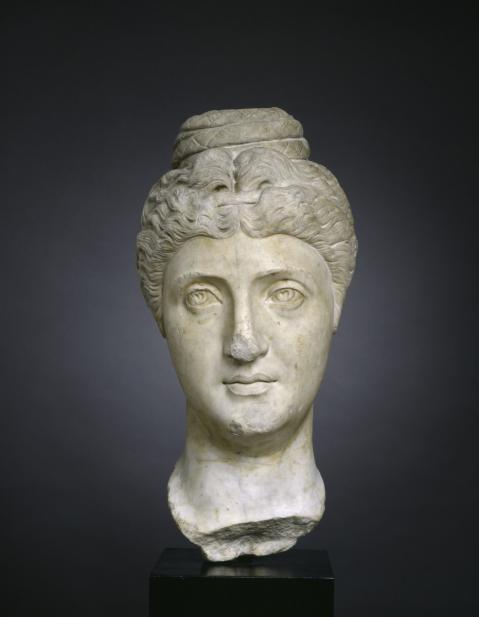 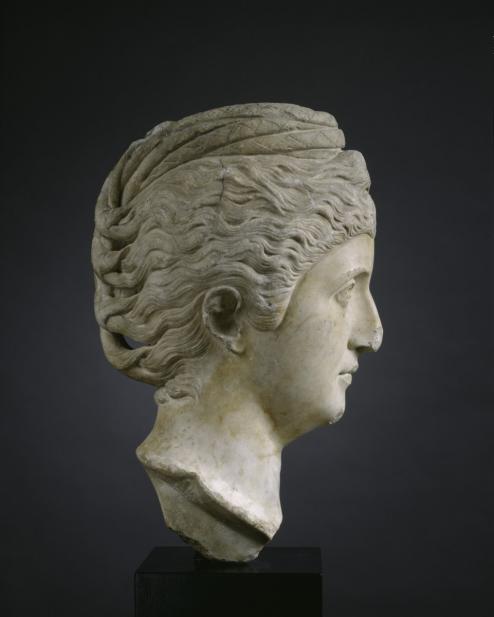 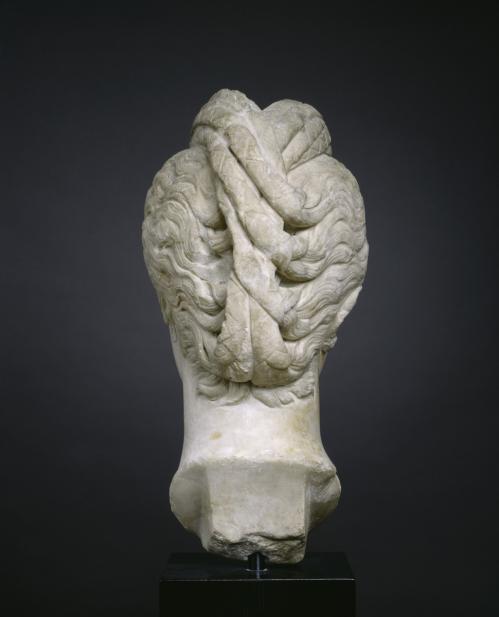 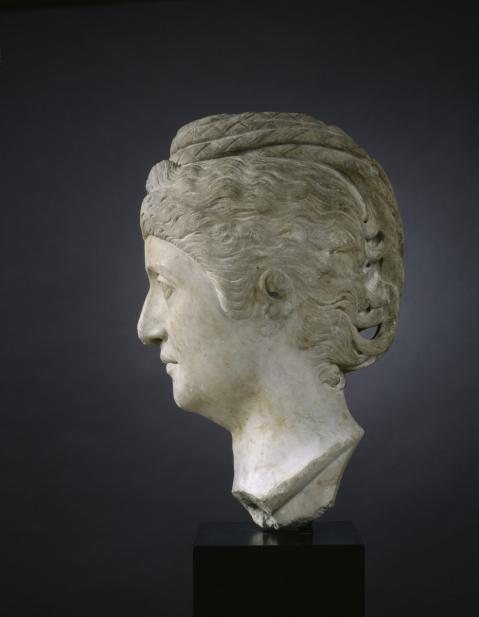 Faustina the Elder's life as an eternal icon began with her death at the age of 40 in 141 CE. Her husband, the Emperor Antoninus Pius, celebrated the life of his beloved consort with her deification, assigning her a celestial identity that rendered her a goddess. Antoninus Pius joined his divine spouse in the immortal realm upon his own death in 161 CE. The imperial couple is commemorated on a column in the Roman Forum that illustrates the pair borne aloft on the wings of eternity and flanked by personifications of Rome and the Campus Martius, its original location within the city.

The Goddess Faustina promoted cultivation of the qualities that represented the ideal Roman woman: elegance, respect for tradition, and skill in maintaining marital concord. Her image was mass produced and integrated into the daily lives of Roman citizens through coinage and public and domestic statuary. Along with other Roman empresses, Faustina the Elder is most frequently identified by her unique hairstyle. Fashion and the toilette were inextricably linked with female identity, and Roman women may have adopted imperial coiffure in an attempt to publicly imbue themselves with the same virtues embodied by admirable empresses. An alteration in hairstyle could also serve to forge a civic identity unfettered by the past. Faustina the Elder's daughter Faustina the Younger (a portrait bust of whom is also in the collection of the Mount Holyoke College Art Museum), is said to have adopted a coiffure entirely different from her mother's in order to establish her independence.

The elevated status of civic goddess was not the only lofty identity Faustina the Elder came to occupy after her mortal death. Many of the coins manufactured under Antoninus Pius’s auspices assimilated the Empress to AETERNITAS, a state paramount to the survival of the imperial legacy. In some examples of coinage, Faustina is shown proffering a globe, a symbol of her husband’s worldly dominion, and a phoenix, indicative of her transformation to divine status.
- Maureen McVeigh, MHC 2010, Museum Intern. Compiled from texts written for the exhibition The Art of Devotion (9 Feb.-30 May 2010) and the exhibition Reconstructing Antiquity (21 Sept. 2010-3 June 2012).

Since there is no description of Faustina’s appearance, we have no idea if her portraits bear any close relationship to the way she really looked. There must have been an attempt to prompt an immediate identification between her actual appearances in public (if only for a few years, and later as effigies seen from a distance) and her artistic representations. However, the mechanical reproduction of imperial portraits warns against seeing them as direct imitations.

The administration in Rome sent out miniature templates of her profile for the die-cutters of coins and medals and models for sculptors and painters. The copying of these models in the provinces produced series of nearly identical Faustina portraits on conventional body types established by the first augusta, Livia, a century and a half before. Although the carved body is now lost and the original placement of the sculpture is unknown, the commanding presence of the princeps femina (first among women) persists, just as it was meant to, “in eternity.”

As for Faustina the Elder’s character, very little was written about her life, but like queens and empresses before her and leading ladies long after, suspicions were raised about her sexual behavior. Yet the scattered uses of this theme of slander, which later male historians regularly directed at women of power, hardly holds weight in the face of the archaeological evidence. As Antoninus’s image-makers would have it, Faustina was the ideal Roman woman—dignified, cultivated, and virtuous—eminently worthy of emulation.