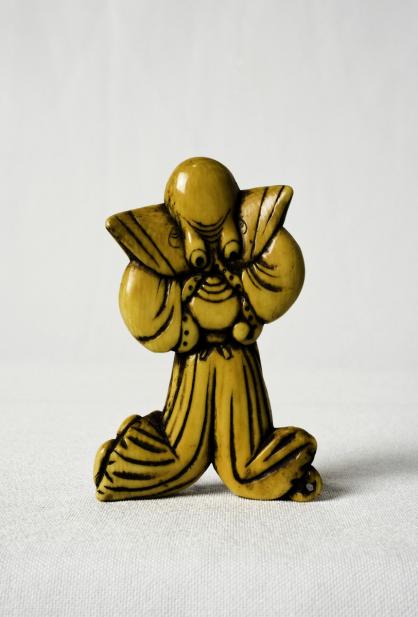 An element of formal dress among the samurai class during the Edo period, the kamishimo was a jumper with wing-like shoulders and full, long trousers that was worn over a kimono. The legs of the garment were so long that they gave the appearance that the wearer was walking on his knees, a position of respect that hindered sudden movements. The garment was primarily worn when meeting with the shogun or other figures of high rank.

Netsuke of octopuses in such dress are rare and the precise meaning of this figure is unclear. Octopuses are characterized as having a great fondness for women, and this netsuke of an octopus in a kamishimo may hint at the preference of certain high-ranking individuals for sexual relations over their formal duties.