Monkey on a fan 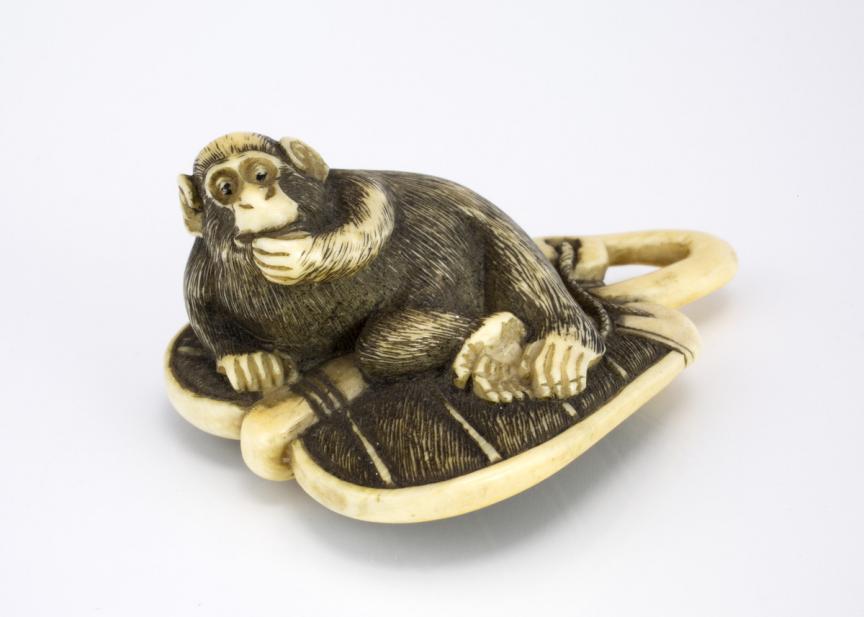 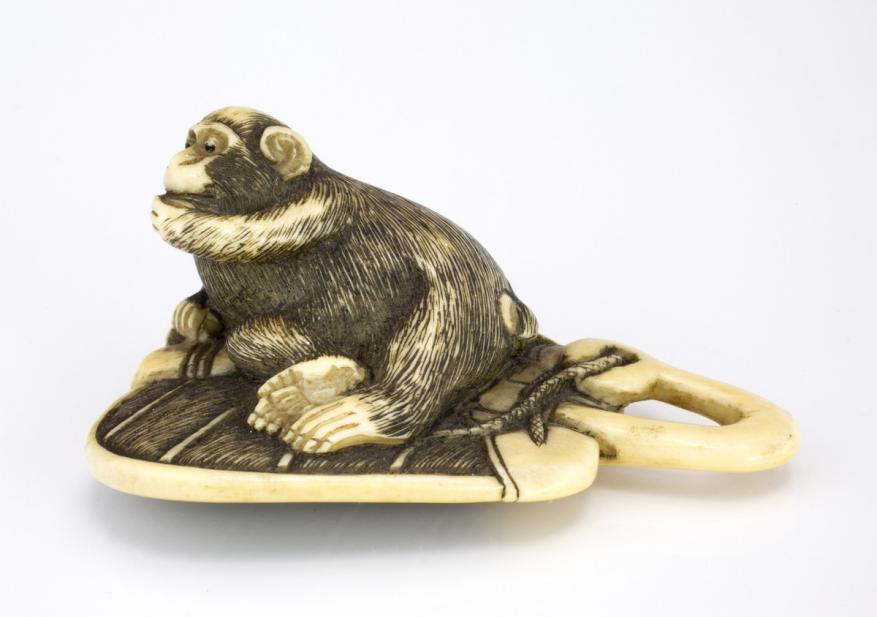 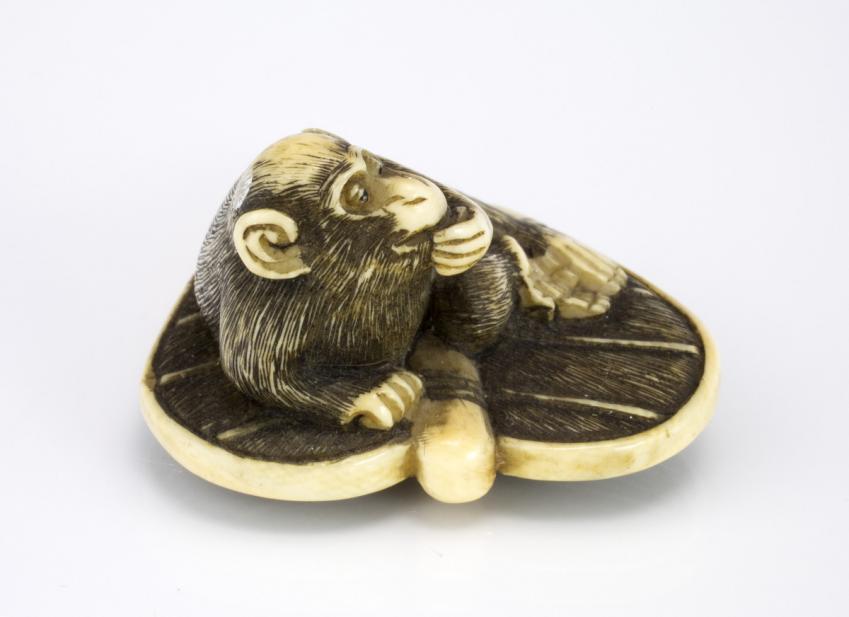 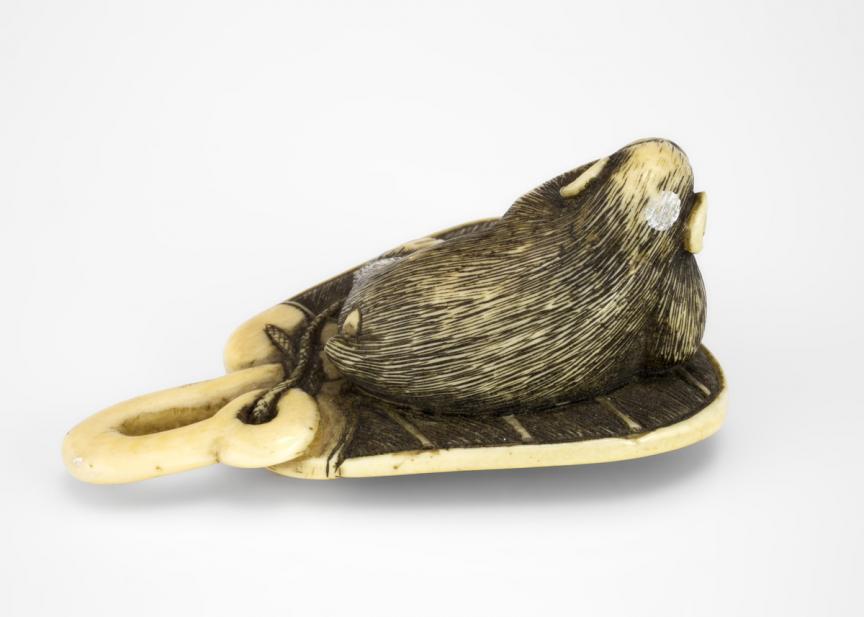 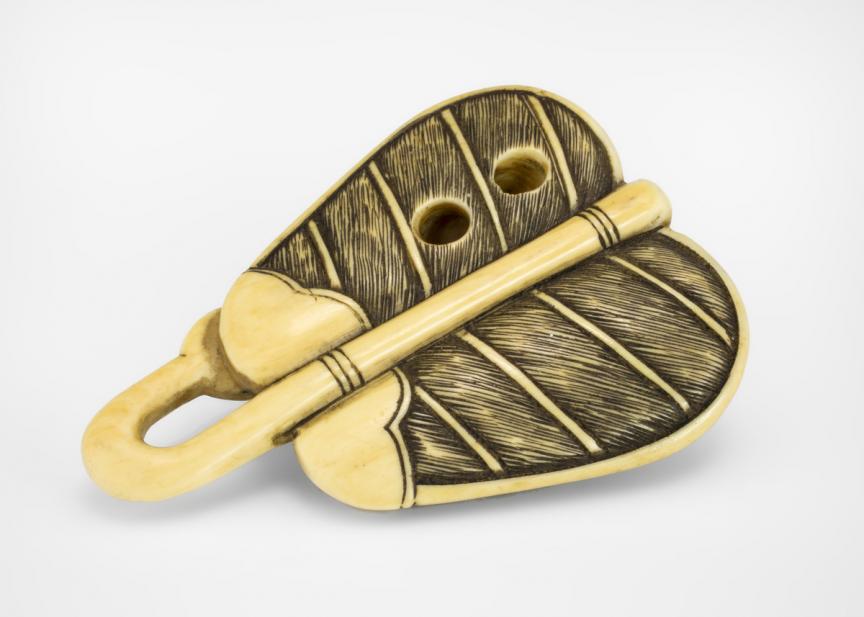 Monkeys on fans, with or without leaves, were common in the early days of netsuke and symbolized luck and good fortune. The wearer of a netsuke portraying a zodiac animal would probably have been born during that year. This particular version, expressing a rather somber countenance with circles around the eyes, is an early tradition characteristic of the 18th century, when expression and spirit held more significance than detail.