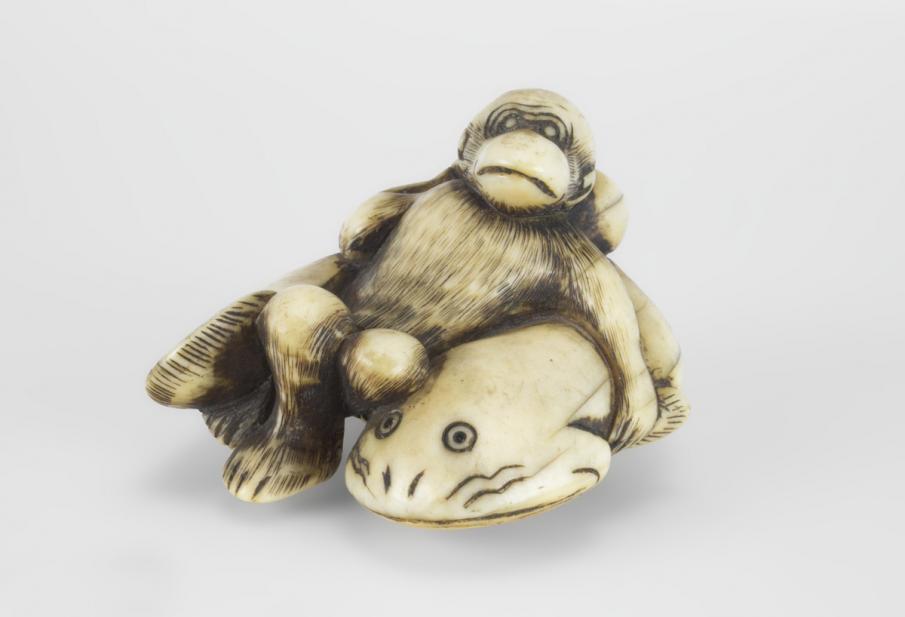 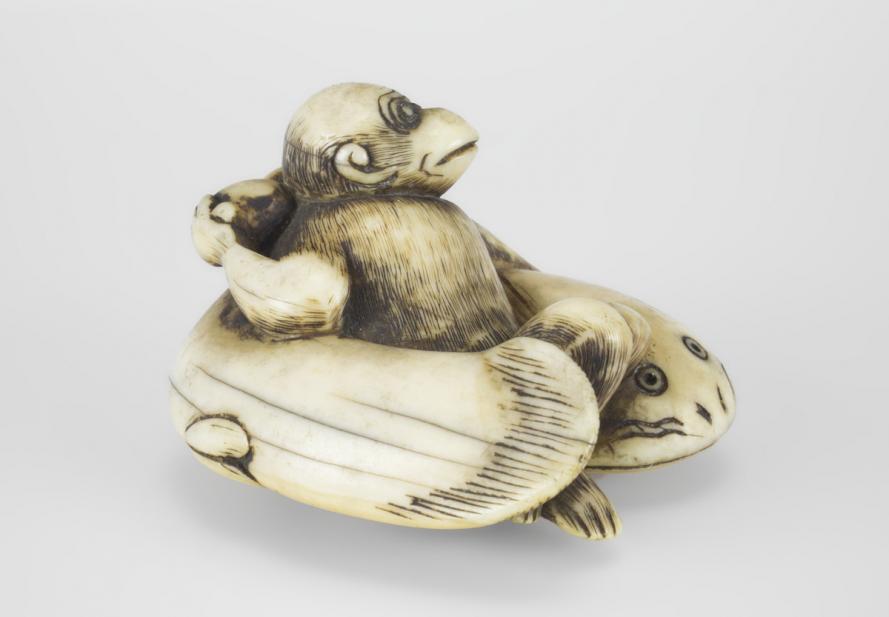 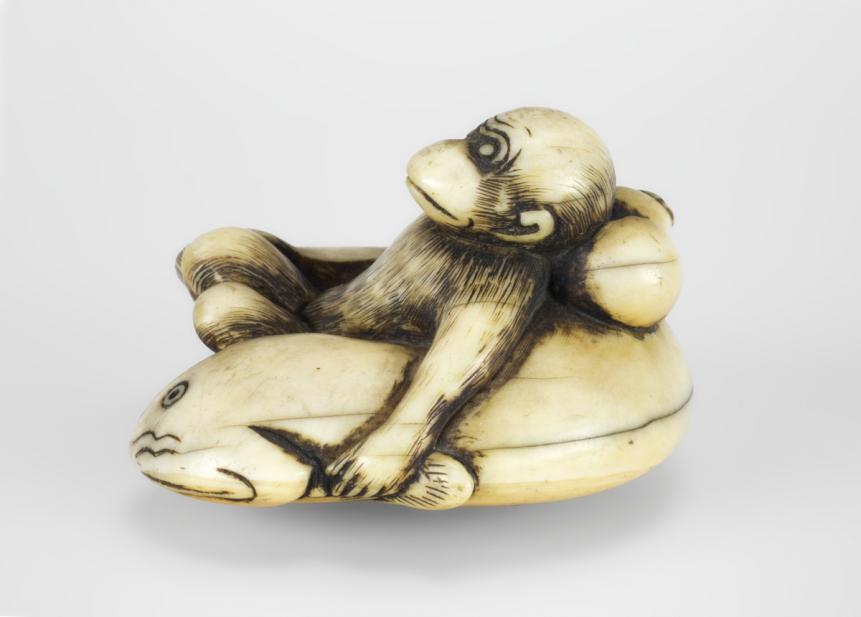 Legend has it that certain types of catfish are responsible for the earthquakes that plague the islands of Japan. When aroused, these creatures would contort their bodies in such a way that gigantic tremors shook the area for miles and miles. The monkey’s face is nondescript, while his body is almost human. The fish encircling him takes on a protective demeanor, as if the two animals were brothers.