Bird in the shape of mokugyo 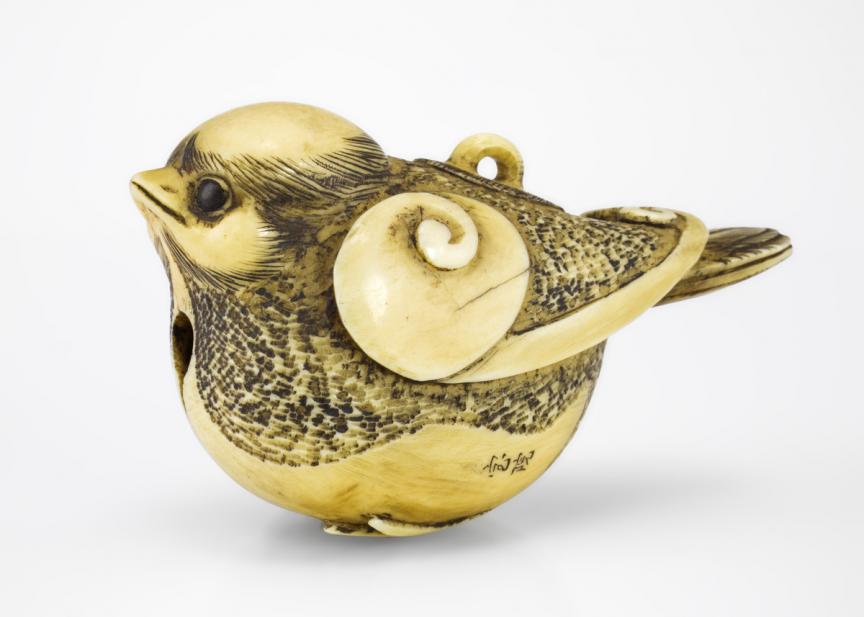 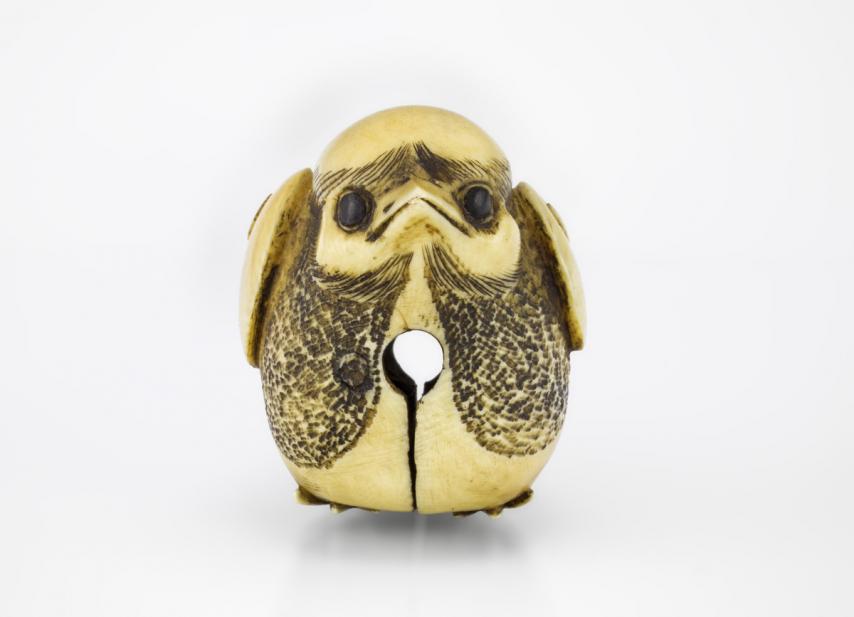 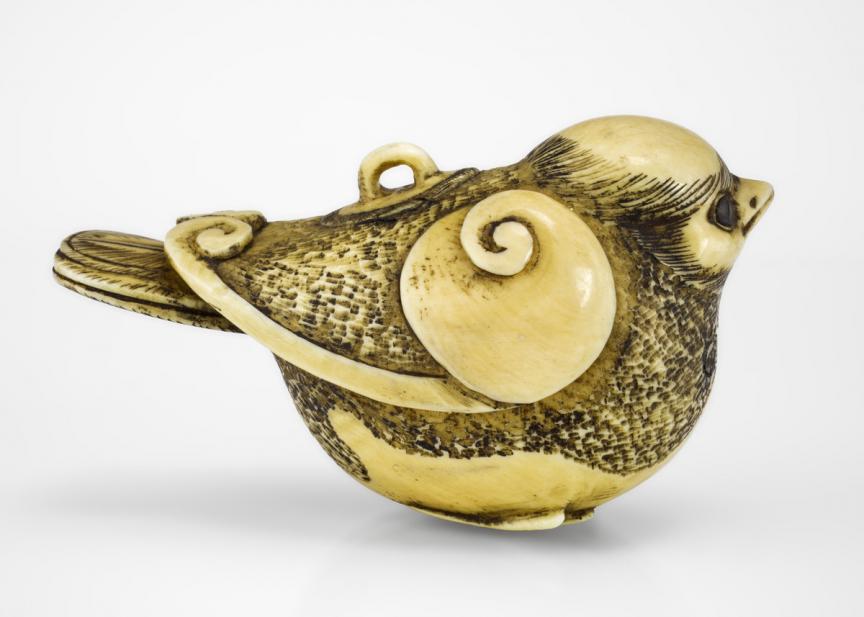 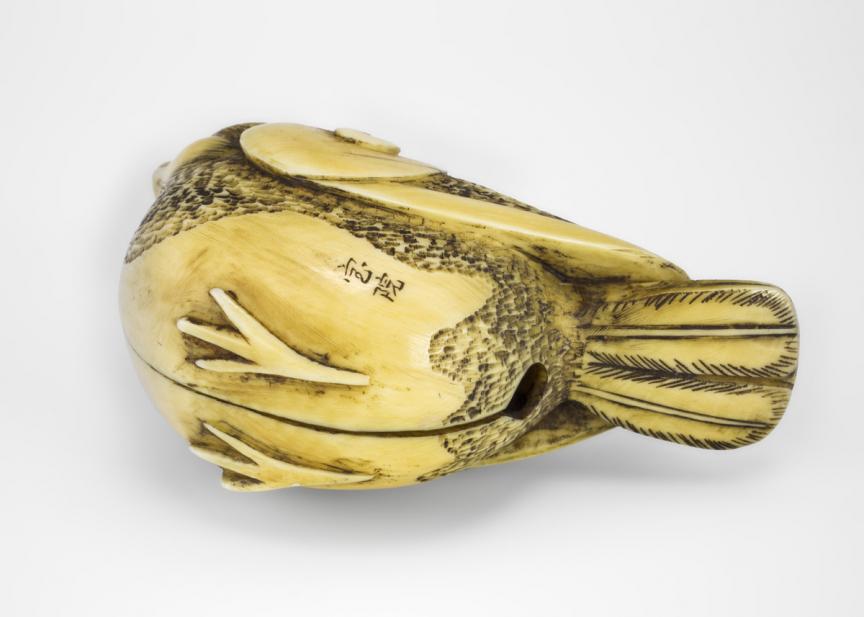 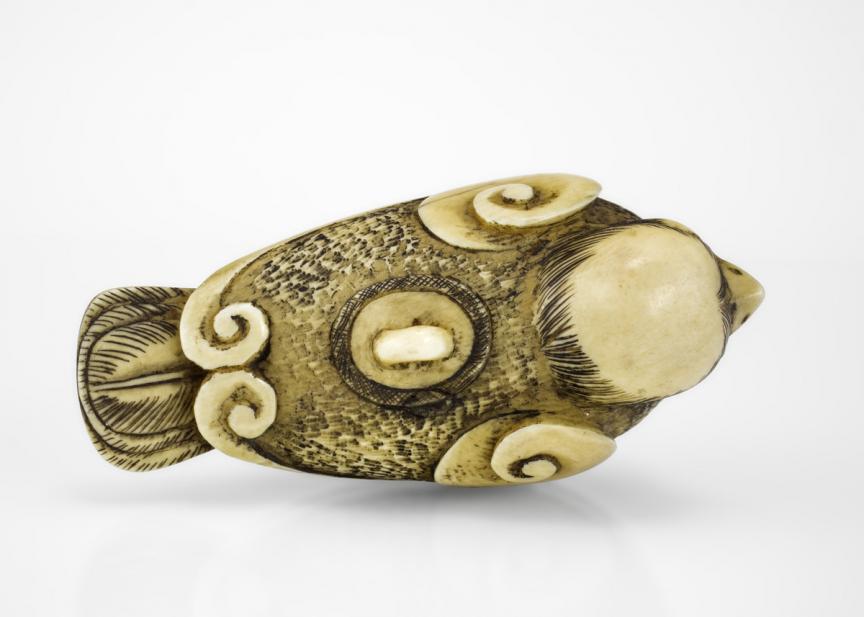 The mokugyo is a bell-shaped gong used in Buddhist ceremonies. This netsuke has a loop carved on its top so when worn, the piece was observed resting atop the obi, rather than perched or sitting on the belt’s top edge. The loop’s position on top of the object is quite conspicuous, suggesting that the piece may have been specially commissioned and used to accompany a particular object.