Badger with saké cup and jar 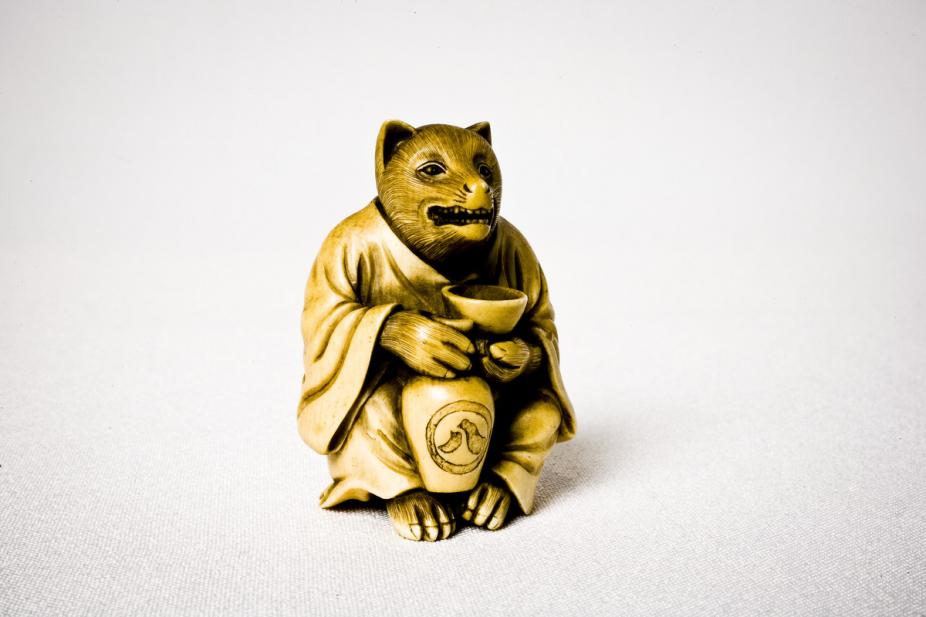 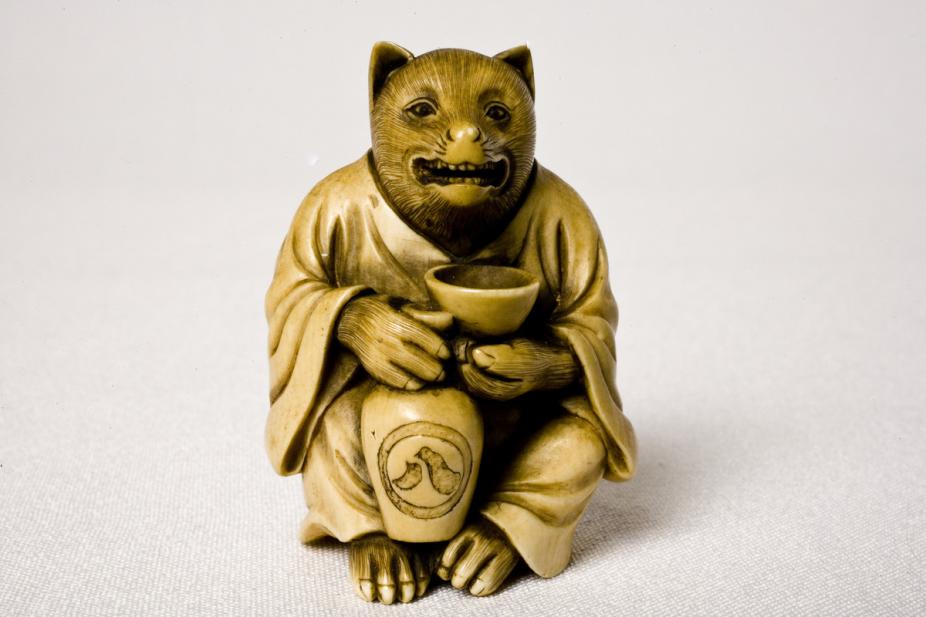 A badger dressed in a kimono and holding a cup and jar reflects the popularity of netsuke animals with human attributes, as well as artisans’ fondness for whimsical, creative subjects.